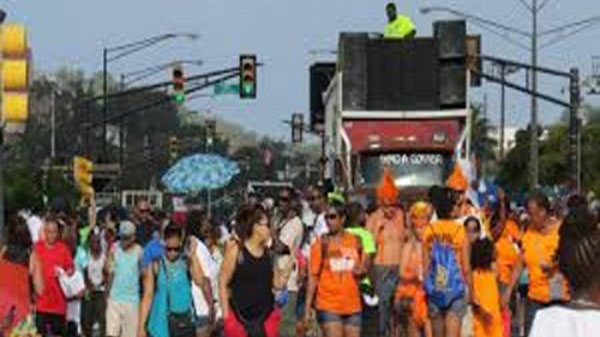 Equality for Flatbush (E4F) alleges that the NYPD refused to comply with its Freedom of Information Law request for a detailed security strategy from 2016, according to the New York Daily News.

The group wants to know “the number and types of NYPD police officers, units, and personnel deployed to police at the 2016 J’Ouvert and West Indian Day Parade events, and in Flatbush and Crown Heights [districts in Brooklyn] in the week before the 2016 Labor Day weekend”.

E4F said the cops deployed too many resources to oversee J’Ouvert, which began at 4:00 a.m. on Monday of the Labour Day Holiday weekend.

“Rather than increased, and increasingly militarized, police presence, E4F advocates that a strong and coherent community and community members, empowered by access to real, affordable housing, effectively deter gun and other violence around J’Ouvert,” argued civil rights attorney, Gideon Orion, in the lawsuit, filed in Manhattan Supreme Court.

In recent years, the Caribbean J’Ouvert festival has been marred by violence. In 2015, Carey Gabay, a Jamaica-born attorney who worked for New York Governor, Andrew Cuomo, was shot dead and another man was fatally stabbed.

E4F asked a judge to force the city to release the data.

In preparation for this year’s J’Ouvert, New York officials and the NYPD announced, earlier this month, that alcohol and large bags will be banned, as police intensify screening at checkpoints at the annual festival.

The changes are part of a new safety plan for the celebration, that includes moving its start time to daylight hours.

Revellers attending J’Ouvert will be subjected to metal detector wand searches at 12 checkpoints along the route. No alcohol or large bags and backpacks will be allowed past the checkpoints, according to New York State Assemblyman, Walter Mosley, reportedly, a seemingly ardent opponent of the Caribbean festival.

“From the beginning, there was a decision to fundamentally change the reality, including the hours — to daylight — and the level of screening to make sure there are not weapons anywhere nearby,” de Blasio said.

Mosley, who called for the event to be cancelled outright, last year, said in a statement he is “thrilled that the NYPD has taken the concerns of the community seriously”.

“Over the past few years, we have experienced senseless and tragic acts of violence that has marred an otherwise vibrant and uplifting celebration of culture and history,” he said.

Police say a total of 2,000 police officers will be patrolling the parade route and working at the checkpoints, tomorrow, adding that light towers will be installed there, as well.