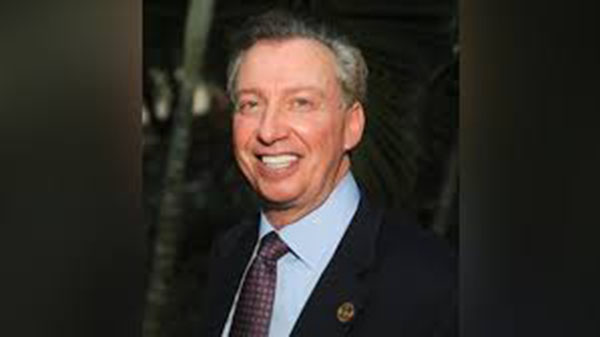 BRIDGETOWN, Barbados, September 7, 2017 (CMC) – The Caribbean Hotel and Tourism Association (CHTA) has pledged to work closely with its partners in the affected territories that have been devastated by Hurricane Irma.

In a statement, today, the regional body expressed sympathy for the loss of life and hardship, following the hurricane, and urged Caribbean residents and visitors in the projected path of the storm to take continued precautions, as it makes its way through parts of the northern Caribbean.

“We are extremely saddened to learn that we lost life during the past 24 hours, and we stand with our Caribbean brothers and sisters at this time,” said CHTA’s Director General, Frank Comito.

“We are keeping everyone in our thoughts and prayers, including family, friends and residents of Florida, which has declared a state of emergency. The Caribbean people are resilient and we are resolved to work with our partners to restore lives and communities.”

Comito warned that the Category 5 hurricane was packing winds of 180 miles per hour, and the effects of the storm were already evident on the dual-island of St. Maarten/St. Martin, St. Barthélemy (St. Barts), and Barbuda.

The CHTA Director General said an appeal will be mounted to assist communities in need as assessments from the region’s stakeholders are received.

Meanwhile, in the latest advisory issued by the Miami-based National Hurricane Centre, a storm surge watch has been issued for the Florida peninsula, from Jupiter Inlet southward and around the peninsula to Bonita Beach, including the Florida Keys.

A Hurricane Watch has also been issued for the Florida peninsula from Jupiter Inlet southward and around the peninsula to Bonita Beach, including the Florida Keys, Lake Okeechobee, and Florida Bay.

The government of Cuba has extended the Tropical Storm Warning to Villa Clara province.

Irma is moving toward the west-northwest near 16 mph (26 km/h), and this general motion is expected to continue with some decrease in forward speed for the next couple of days.

On the forecast track, the eye of Irma should continue to move just north of the coast of Hispaniola on Thursday be near the Turks and Caicos and southeastern Bahamas by Thursday evening, and then be near the central Bahamas by Friday.

Maximum sustained winds are near 175 mph (280 km/h) with higher gusts.

Irma is a category 5 hurricane on the Saffir-Simpson Hurricane Wind Scale.