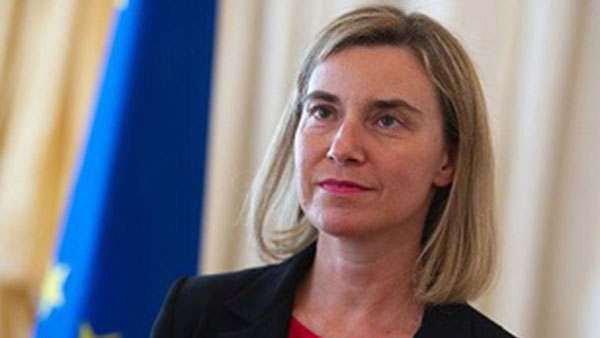 Federica Mogherini, EU High Representative and Vice-President, expressed sadness at the devastation, adding that the EU fully supports its partners and friends in the Caribbean region ... at this time of great need.

In a statement, today, the EU’s Ambassador, Daniela Tramacere, offered her condolences on the loss of life in the region, following the passage of Hurricane Irma, and said the EU regretted the widespread damage inflicted on several Caribbean countries.

“The European Commission’s Civil Protection and Humanitarian Aid Department (ECHO) is assiduously working to finalise the activation of our crisis response mechanisms,” she said.

The EU High Representative and Vice-President, Federica Mogherini, has also expressed sadness at the devastation.

“The European Union fully supports our partners and friends in the Caribbean region and beyond at this time of great need, and our hearts go out to all the victims and all those affected by Hurricane Irma,” Mogherini said.

The EU says, at the request of France, the European satellite mapping system, Copernicus, was activated, and it provided maps to Guadeloupe, Saint Barthelemy and Saint Martin.

Haiti and the Dominican Republic have also received Copernicus support, and the system stands ready for use in other areas.

In addition, a team of humanitarian experts from the Commission is currently in Haiti and the Dominican Republic, and additional personnel are ready to be deployed in the area, as needed.

The Commission says its 24/7 Emergency Response Coordination Centre has contacted the countries participating in the EU’s Civil Protection Mechanism, and is prepared to provide the assistance required by the affected countries.

The EU also noted that the regional humanitarian aid office of the Commission in Managua, which acts as the focal point for the Caribbean region, is fully operational to coordinate any assistance that may be required.