BRIDGETOWN, Barbados, September 12, 2017 (CMC) — The Chairman of the Caribbean Community (CARICOM), Dr. Keith Mitchell, today, is leading a delegation to countries battered by Hurricane Irma that ploughed through the Lesser Antilles, last week, leaving a trial of death and millions of dollars in damages.

A statement from the Office of the Prime Minister said that the delegation’s first stop will be the British Virgin Islands (BVI), followed by Anguilla. The team will overnight in Antigua and visit Barbuda, early Wednesday, before returning to Grenada.

“This is the first of several visits in an expression of solidarity and support to all our regional brothers and sisters affected by Irma,” the statement noted.

Meanwhile, the Barbados-based Caribbean Tourism Organisation (CTO) said that it is assessing the damage done to the region’s tourism sector, as a result of the hurricane.

CTO Secretary General, Hugh Riley, who is part of the CDEMA’s CARICOM Disaster and Assessment Coordination (CDAC) team now in Anguilla, told the Caribbean Media Corporation (CMC) that the tourism sector has a stake in the response and restoration processes in all the islands ravaged by the unprecedented Category 5 hurricane.

“From a tourism point of view, our responsibility is to assess the situation from several different points of view, including impact on the economy and understanding how quickly we can be up and running again,” he elaborated. 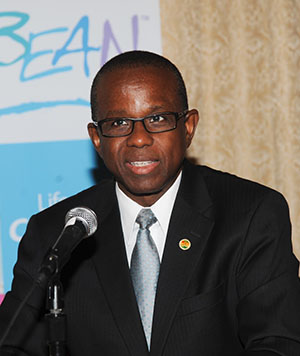 Hurricane Irma, with wind speeds of up to 185 miles per hour, ripped through the region, decimating Anguilla, Barbuda, the British Virgin Islands, The Turks and Caicos Islands and the Dutch/French island of St. Maarten/Sint Martin.

Riley said, following such wide spread destruction, it is critical that a proper assessment is done and presented to international agencies to be able to access funding for the restoration efforts.

“Funding is critical, so a part of the effort to understand what the funding needs are, from within the region, and to try and find funding from outside of the region as well, we have to be able to make an assessment of the level of the damage and plan for the funding that needs to be applied for the repair and recovery to occur,” he added.

He said due to the CTO’s relationship with the Caribbean Hotel and Tourism Organization (CHTA) as well as with in-country organizations, accessing information about infrastructural damage and economic impacts would be easy to get from the established tourism sector.

However, he noted there will be challenges in accessing information from what he describes as a growing non-traditional accommodation sector.

“There is now a non-traditional accommodation sector that is growing throughout the Caribbean. Whereas in the past it was easy enough to figure out where the visitors were in an emergency for evacuation purposes, for emergency services, for policing,…now visitors are pretty much dispersed among our community, because the sharing economy allows that,” he pointed out.

“So now more and more you’ll find that visitors are staying in non-traditional accommodations…that provide opportunities and considerable challenges; and the challenges become obvious at times such as now.”

The CHTA has since announced the launch of the Caribbean Hurricane Tourism Recovery Fund, that will allow tourism industry stakeholders and friends of the region, throughout the Caribbean and the world, to pool their resources in support of vulnerable, devastated areas of the northern Caribbean that welcome millions of visitors, in a region that supports 2.4 million tourism-related jobs.

It said the Fund’s focus, on the recovery of islands directly affected by Hurricane Irma, complements existing relief efforts and gives the tourism industry a way to leverage its resources to help the region bounce back, ideally better than before.

“Tourism is the quickest way to rebound an economy, put people back to work and generate badly needed tax revenues to support reconstruction. By working together, we should be able to build a better and more resilient sector,” said CHTA President, Karolin Troubetzkoy. 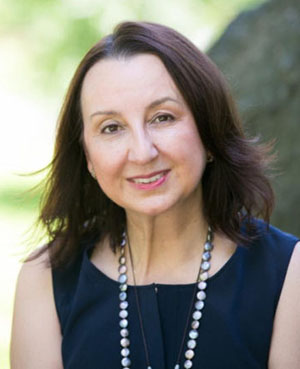 “The Recovery Fund will help us as we gather together to marshal investment support for the most severely affected areas and to help hoteliers and their staff get back to business,” she stated.

She said there was need to strengthen the resilience of the sector and how CHTA and Tourism Cares aim to have the affected areas of the Caribbean ready to receive tourists for the spring and summer seasons of 2018, if not sooner.

“Our nations and territories are dependent on tourism and they will need help to bounce back,” Troubetzkoy said.

The greatest benefit will be felt in destinations such as St. Maarten-St. Martin, Anguilla, St. Barts, Barbuda, and the British and U.S. Virgin Islands. Included also will be the Turks and Caicos Islands and the southern Bahamas, where the impact of Irma is still being assessed.

“There is no shortage of need for us to fill, given the scope of the hurricane’s impact. We know that there will be a considerable number of displaced employees, who can benefit from skills training while properties are being restored.

“Hospitality studies programs in the schools need to be re-outfitted and strengthened, there are visitor centers at airports, which were destroyed; the islands’ hotel and tourism associations need support to help tourism rebound as quickly as possible.

“The needs are tremendous, and we are appealing to our tourism industry partners and friends of the Caribbean to help in a big way,” she added.