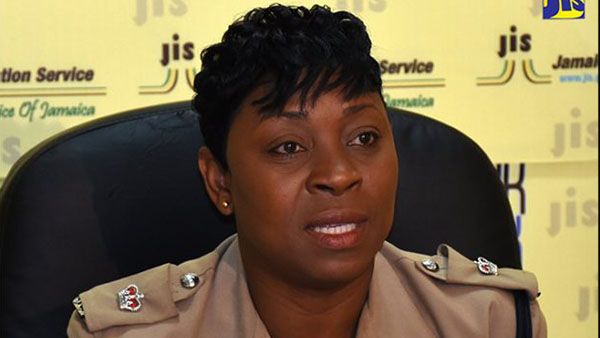 KINGSTON, Jamaica, September 12, 2017 (CMC) – The Jamaica Constabulary Force (JCF) is denying allegations of widespread sexual harassment within the service, amid allegations that some female police officers have not been promoted because they refused sexual advances from their commanders.

Speaking on a radio program, here, over the last weekend, head of the JCF’s Corporate Communications Unit, Superintendent Stephanie Lindsay, said the Force has a strict policy on sexual harassment.

She told radio listeners that she has had discussions with the Deputy Commissioner in charge of Administration, Novelette Grant, about the allegations, but neither of them had heard of the claims before.

“She was saying, from where I sit, I am not getting that….we are not seeing that,” she said, adding “if it is happening, it is not to happen, and that is why, part of it is to encourage persons …that this is something you have to report”.

She said going on a radio program and making the allegations, anonymously, “obviously, it will not be addressed that way”.

“You have to utilise the system that is in place, that can cause it to be addressed, and addressed appropriately,” Lindsay said, urging police officers, who believe they might have had that experience, to immediately report these cases of sexual harassment to the High Command.

The issue of promotion has become a hot topic in the Force since National Security Minister, Robert Montague, last week called for the Police Commissioner and Police Services Commission to elevate more members.

Meanwhile, the JCF said it is taking, seriously, the allegations of victimisation, made in the media, by persons who were identified as members of the Police Force.

Commissioner, George Quallo, who met with senior officials at the weekend, has since ordered a probe to determine whether the established framework to deal with reports of unfair treatment within the Force – the Grievance Procedure Policy – is working.

The Inspectorate of Constabulary will oversee the review process and report its findings to the Commissioner within 30 days.