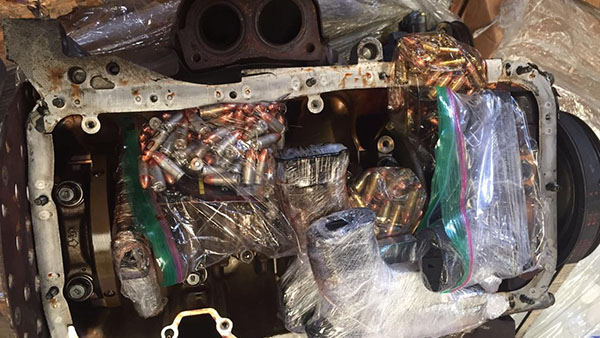 Barbados Police Seize Guns And Ammunition From Trinidad And Tobago

BRIDGETOWN, Barbados, September 14, 2017 (CMC) – The police have detained several people for questioning, following the seizure of a significant cache of guns and ammunition that arrived, by sea, from Trinidad and Tobago .

The police said that 16 firearms and 593 rounds of assorted ammunition were found hidden in vehicle parts, in four separate operations.

The seizure was made, early this morning, at the Bridgetown Port, as a result of an intelligence-led operation, involving customs enforcement officers and members of the Anti-Gun Unit.