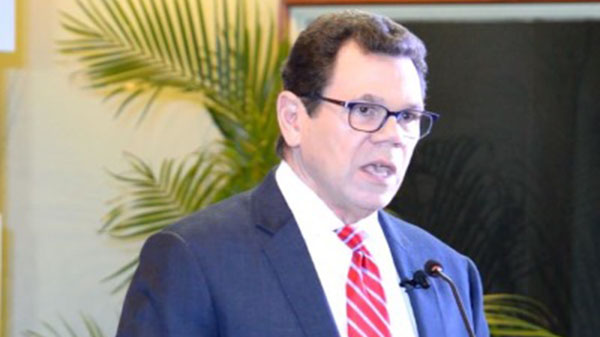 ROSEAU, Dominica, September 15, 2017 (CMC) – President of the Barbados-based Caribbean Development Bank (CDB), Dr. Warren Smith, has come out in support of regional countries implementing the controversial Citizenship by Investment Program (CIP), through which citizenship is afforded to investors who make a significant contribution to the socio-economic development of the islands.

But Smith said, while he was “happy for the countries that are having some success with the Citizenship by Investment Program, we just urge caution; make sure you exercise the right due diligence so that it doesn’t cause the negative blow back that we have seen in some instances”.

Dominica is among several Caribbean Community (CARICOM) countries that have implemented CBI programs. The others include Antigua and Barbuda, Grenada, St. Kitts-Nevis and St. Lucia.

In recent time, the CBI program in the Caribbean has come under severe criticism, mainly from the United States, over allegations that it provides an opportunity for people with ill intentions to gain citizenship that would allow them to freely travel. The regional countries have denied the accusations.

Some Caribbean countries have also come under scrutiny, amid allegations that the funds garnered under the program have made its way to the personal accounts of those leaders.

Smith, who led a CDB delegation for talks with Prime Minister, Roosevelt Skerritt, told reporters that the CBI is a legitimate form of raising revenue for a country.

“Some of the most respectable countries in the world, the United States, Canada, United Kingdom have Citizenship by Investment Programs, in one shape or form. There is nothing wrong with it. What I have indicated in the past is that for small countries, there is more risk involved, because the world we live in today is one with criminal elements operating through the financial systems that we have,” he added.

Smith said the due diligence required therefore, is where the challenge is for him, adding however, it is not an insurmountable problem but, if not addressed, could have very negative blow back on the countries offering it.