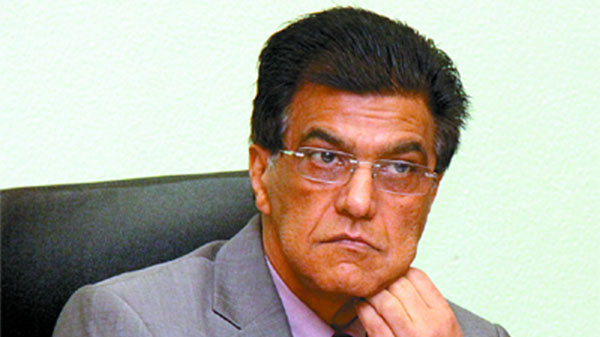 PORT OF SPAIN, Trinidad and Tobago, September 15, 2017 (CMC) – A&V Oil and Gas Limited, the company at the center of a so called “fake oil” controversy, is condemning an audit report done by the state-owned oil company, PETROTRIN, saying it (the audit report) is “reckless and calculated to (do) irreparably damage” to its trading reputation, brand and goodwill.

The company, through its attorney, former attorney general, Ramesh Lawrence Maharaj, has since given PETROFIN until 4.00 pm (local time) today, to issue an unequivocal statement.

Maharaj warned, that failure to do so, could result in “such proceedings as are necessary, or appropriate, to protect our client’s interest”. In addition, A&V has given PETROTRIN seven days to pay more than US$6.3 million, it claims is owed for crude oil produced in June and July.

Yesterday, Prime Minister, Dr. Keith Rowley, said he hoped PETROTRIN would engage “independent investigators” to probe the allegations, made by Opposition Leader, Kamla Persad Bissessar, that a financier of the ruling People’s National Movement (PNM) had defrauded the company of an estimated TT$100 million, over the past six months.

Rowley, speaking at a news conference following the weekly Cabinet meeting, dismissed suggestions that he was closely aligned to the individual, in question, saying “I don’t know what possible involvement I would have in this matter”.

“What does this have to do with me,” he told reporters, explaining that while he was not condemning the Opposition Leader for seeking to make political mileage of the situation, dubbed here as “fake oil”, it was important that every Trinidad and Tobago national fully understand what is alleged to have taken place in a company that is very important to the financial stability of the country.

“So for the country’s peace and good order, I hope the Board will take the appropriate decision and appoint an independent investigation team,” he said, noting further, that in order to prevent any further political implication in the matter, that it is sent to the Fraud Squad for investigation.

“…by all means, we expect it to go to the Fraud Squad,” he said, noting that PETROTRIN, nor the government, could not have gone to the police armed only with preliminary reports.

Earlier this week, PETROTRIN announced that it had launched an investigation, into the reports of inconsistencies in the volumes reported from its exploration and production fields.

“PETROTRIN confirms that investigations are in progress, with respect to reports of inconsistencies in the volumes reported from our exploration and production fields, and that reported as received at our Pointe-a-Pierre refinery. These investigations are focused on the volumes for fiscal 2017 and the Ministry of Energy and Energy Industries has been informed,” the company said in a brief statement.

Persad Bissessar, addressing a meeting of her United National Congress (UNC) in Couva, in central Trinidad, on Sunday, said that the company had overstated the amount of oil it was selling to PETROTRIN.

She said that in July, the company discovered there was a disparity in the quantity of oil it was purchasing from operators in the field and what was being received at the Pointe-a-Pierre refinery. The internal audit department was asked to investigate.

Maharaj said, while PETROTRIN’s chairman, Wilfred Espinet, was appointed to the post September 6, and publicly stated he had not seen the report, he still made “authoritative statements, which, implicitly, corroborated the allegations of fraud and, or, fraudulent conduct and, or, breach of contract against A&V”.

The former attorney general said that his client was not consulted by PETROTRIN’s auditors, and was not invited to make any representations, prior to, or upon, publication of the report, neither has it been given a copy of the August 17 report.

Maharaj said PETROTRIN sent the company a letter, dated August 25, which underscored that the internal audit was a preliminary report, and that it is seeking independent confirmation of the findings.

He stated that the state-owned oil company is obliged to expeditiously conduct an independent review and to notify A&V of its findings.

Maharaj said that, if the independent review makes findings which are adverse, in keeping with the rules of natural justice, PETROTRIN must convene an enquiry, notify A&V of the allegations and give its counsel a proper opportunity to make representations.