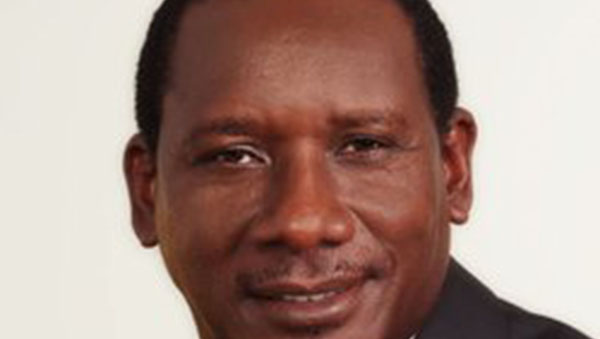 Acting Prime Minister Lenard Montoute expressed concern over the spread of misinformation and fake news, relating to the passage of Hurricane Maria, and called on citizens to desist from engaging in such activities.

CASTRIES, St. Lucia, September 19, 2017 (CMC) – St. Lucia’s Acting Prime Minister, Lenard Montoute, says that, apart from damage to the road network and the island’s vital banana sector, the island had survived the worst of Hurricane Maria, which passed north of the country, yesterday, as a category two hurricane.

He said efforts are now focused on assisting in the rescue and rehabilitation of Dominica, which was badly hit by the powerful storm that hit the island as a Category five, late yesterday.

Meanwhile, Montoute expressed concern over the spread of misinformation and fake news relating to the passage of Hurricane Maria and called on citizens to desist from engaging in such activities.

He told reporters that he is aware of the great temptation to be the bearer of news.

“But we have to recognise that not only are you jeopardising people’s safety by having them go out there in response to false information, not only are you causing confusion, but you are complicating the situation,” he explained.

“That is why, with every one of our advisories, every one of our news bulletins, we continued to advise residents to pay attention to official reports coming from the Met Services or from NEMO,” Montoute recalled.

He stated that the government recognises that there can be widespread abuse, especially of the social media, with the result that misinformation can be circulated.

Montoute said in order to minimise that possibility, people should get their information from the Met Services and NEMO.

The Acting Prime Minister explained that he had to make a ‘judgement call’ in urging persons to report to work, this morning, even though the all-clear had not been given.

“Given the fact that we had already lost a day of business yesterday, I was doing my best to avoid another loss of commercial activities today (Tuesday). And so, given the information that I had and the anticipated all-clear that would be given before 10 O’ clock this morning, I decided to announce, as early as possible, that we would have, though a delayed reopening, that we would have a reopening of businesses, government offices and commercial activity from 10 O’ clock this morning,” Montoute stated.

He said he recognised that there seemed to be some confusion, given the fact that some persons were making reference to the Met Office Website, which had not given the all-clear.

However, the Acting Prime Minister told reporters that he made the call, knowing full well, in advance, of the possibility of an all-clear being given before 10 am.

Montoute said he requested that schools remain closed to facilitate an assessment of school properties,to determine whether they are ready for a resumption of classes.

He said there were reports of rock slides in certain areas of the country that caused a blockage to at least one lane along the Barre De L’Isle.

The Acting Prime Minister also disclosed that there have been reports of landslides and damage to roads on the West Coast.

“These have all been cleared and in some of the secondary roads we had reports of fallen trees blocking the roads. But the residents, themselves, responded and began unblocking those roads. So, all in all, we can say that we were spared the worst, and that there is minimal damage,” Montoute said.

Nevertheless he observed that in terms of agriculture and this country’s heavy reliance on bananas, there would have been damage sustained by the banana industry, as a result of high winds associated with Hurricane Maria.

Montoute revealed that the government has not yet received an assessment from the Ministry of Agriculture.

“Moving forward, our immediate engagement is to see how we can respond to the needs of our sister island, Dominica, because we are getting reports that it is a very critical situation there,” he told reporters, adding that the government will be continuing the assessment of this country’s own needs.

He said that Saint Lucia will be used as a hub to coordinate relief efforts for Dominica and that plans are already underway to attend to the most pressing needs.

He added these will include the deployment of medical personnel and a search and rescue team. The acting Prime Minister said that the effort is being supported by the Venezuela government, which will provide a helicopter and military aircraft.

It will also include a group of 50 rescue specialists and 10 tons of non-perishable foods and water.