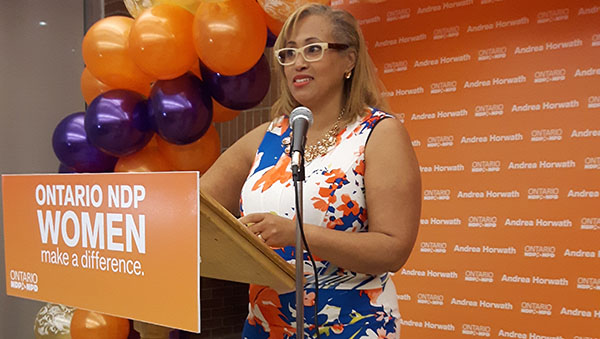 Nikki Clarke, President of the Ontario Black History Society (OBHS) and new NDP candidate for the Mississauga-Malton riding, advises "If you have never voted, please recognize the privilege you have to exercise your right to vote. Take a stand for yourself and your family to get the respect and services you deserve. Your vote matters." Photo credit: Roy Contreras.

Her nomination was unanimous.

In her acceptance speech, after first acknowledging that “the land on which we gather is the traditional territory of the Mississaugas of the New Credit First Nations”, Clarke went on to thank God; her spiritual family; her three children, Navaan, Khyra and Josiah; and friends for their support. 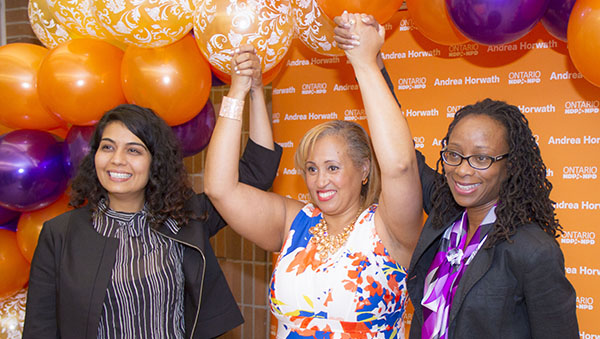 She singled out Ontario NDP Leader, Andrea Horwath, for special praise, thanking her “for inspiring me to be courageous”.

“It is with great pride that I accept this nomination to serve the riding of Mississauga-Malton as NDP MPP candidate,” she said, adding “I am no stranger to Malton…… I know the community well.”

Clarke worked for some time as the Family Program manager at Malton Neighbourhood Services and also with the Association of Early Childhood Educators in Peel Region.

“As someone who worked for many years in the Malton area, I am excited by the opportunity we have to elect an MPP and a premier that will share our priorities and focus on the issues that really matter to us,” Clarke stated.

“I have seen the damage this government has done to our communities firsthand. We need a government and premier that will prioritize our schools, make sure that we have access to good jobs, and invest in our health care system so that our hospitals can actually handle the number of people who need them every day,” she added.

The new Mississauga-Malton NDP candidate said that Ontario NDP Leader Andrea Horwath’s push to make life better for families in her community has been a source of hope and inspiration.

“I’m excited about what Andrea and the NDP are offering families in Mississauga-Malton, and it’s why I am running for office. I want to work with a premier who really understands what people are going through,” she said. 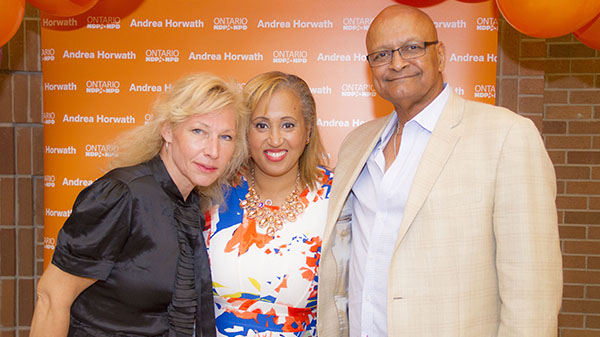 “Kathleen Wynne has disappointed Ontario families,” Clarke continued. “Deep cuts and high costs have squeezed people. And I’m very concerned about why Patrick Brown won’t tell us any of his plans. The last time we had a Conservative premier he fired 6,000 nurses and closed 28 hospitals.”

“We need a government that makes sense because we have had enough of the nonsense. I stand beside my NDP colleagues to make these changes to improve the quality of your lives and restore hope and trust in a government that serves the people, instead of being self-serving.

“Thank you for giving me that chance to do that for you in Mississauga-Malton. If you have never voted, please recognize the privilege you have to exercise your right to vote. Take a stand for yourself and your family to get the respect and services you deserve. Your vote matters,” she concluded, to loud applause.