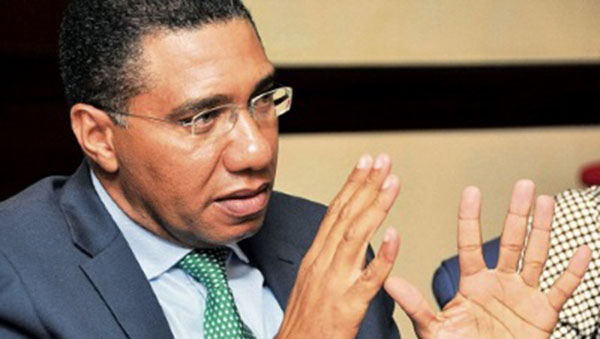 “The preservation and continuity of our rich and deeply rooted history, heritage and culture spans generations, and our indomitable spirit is a part of the fabric that makes us who we are as a nation. We have a great heritage to promote and a great legacy to protect,” Prime Minister Andrew Holness said, in his message to mark the occasion.

He said young people, in particular, “need to know, embrace, and treasure our Jamaican history and culture, and face the challenges of the future with confidence, optimism and hope”.

National Heroes’ Day is being observed, here, under the theme “’A Great Heritage… A Great Legacy,” and Holness said that he wanted all nationals to internalise, appreciate and bring the theme to the forefront of their daily existence.

“We cannot afford to treat it lightly, knowing we have had significant global influence on every field, including music, culture, sports, medicine and, of course, our contribution to world history through our national heroes.

“Jamaica and Jamaicans can boast of our giants who stood tall against centuries of oppression. We produced heroes that impacted not just our great island nation, but the world,” Holness said.

The Prime Minister saluted the seven great national heroes for their “monumental and impactful” work in fighting for freedom and independence:

“Queen Nanny is known for her fiery bravery and dare-devil boldness. Daddy Sam Sharpe, lived up to his name fully prepared to die on yonder gallows than spend his life enslaved.

“George William Gordon took up the struggles of the black masses rather than continue to live the privileged life to which he had become accustomed. For that, he paid the ultimate price.

“Paul Bogle marched from Stony Gut St. Thomas to Spanish Town, to demand an audience with the colonial masters so he could plead the case of the oppressed farmers.

“Marcus Garvey had a vision, not just for his Jamaican brethren, but for people of African descent the world over. His words of wisdom ring true today. In one of his famous quotes, he said “if we as a people realised the greatness from which we came we would be less likely to disrespect ourselves.”

“Sir Alexander Bustamante, considered the father of our nation, dedicated his life to Jamaica, and was imprisoned in 1940 on charges of subversive activities. The widespread anti-colonial activism finally resulted in Parliament granting Jamaicans universal adult suffrage in 1944.” 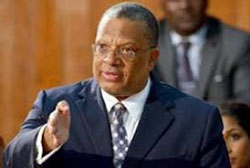 In his message, Opposition Leader, Dr. Peter Phillips, said Jamaicans should recognise and celebrate the achievements of the national heroes.

“Collectively, their exploits and accomplishments have paved the way for Jamaica to move from plantation slavery to nationhood,” Phillips said, noting “however, we need to bear in mind that with each passing year, fewer and fewer Jamaicans have any living memory of any of our heroes”.

“It is therefore, of the utmost importance, that we utilise the media, the classroom and our creative artists to inform and educate our children of the great heritage and the great legacy that we have inherited,” he said.

Phillips praised members of the security forces, who place their lives at risk daily; teachers, health care workers and other public sector workers, who often give their personal time and resources to ensure that national social services are effectively managed.

“Respect is also due to the thousands of Jamaicans who give voluntary service through their citizens’ associations, neighbourhood watches or youth clubs, on behalf of their fellow citizens,” he added.