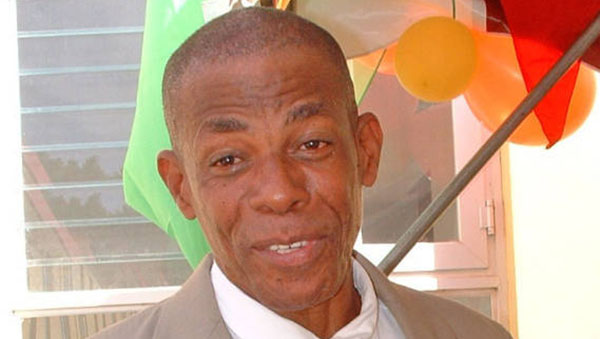 Ray Roberts, a former legislator, who represented the labour movement in the Senate, said that “The unions are representing workers and the reality is, workers in Grenada -- and much of the population -- are at their limit, regarding the number of taxes." Photo credit: nowgrenada.com.

ST. GEORGE’S, Grenada, October 16, 2017 (CMC) – A former legislator, who represented the labour movement in the Senate, today, defended the decision of public workers to stage industrial action, in support of efforts by two trade unions, to get the government to conclude negotiations for the 2013-16 period.

“The government has painted a picture of the fastest growing economy in the Caribbean and perhaps in the world, it is on that premise, arguments are being made, in the case of the government the figures make them look tall and strong,” said Ray Roberts, who is expected to contest the upcoming general election on behalf of the main opposition National Democratic Congress (NDC).

TAWU president, Andre Lewis, said that his members are on strike and will announce the next step, later on Monday.

The unions had originally sought EC$2,000 as a one-off payment for the period 2013-16 but reduced their demand to EC$1,500 after they accepted a payment of EC$1, 000, earlier this year, with an assurance from the Keith Mitchell government of a possible increase in July.

The government has offered EC$650 but the unions have described that amount as “insulting” to the workers, who they said, made sacrifices during the period of the structural adjustment program.

The Government Negotiating Team (GNT) has described the strike as “disappointing” and that the unions have rejected the mediation effort of the Minister for Labour to settle the dispute of the one-off payment to public service employees.

“The question we must ask ourselves and you in the media ought to investigate is, how factual is the message behind the picture? We in the NDC will love to see your analyses as well as independent facts, not just government reading diplomat letters from the IMF and World Bank, selecting paragraphs and sections,” said Roberts.

He said that one of the consequences of the government media hype, regarding the economy, is that people now have greater expectations and are quite right to make greater demands, based on what is being said to them.

“When the government chooses to make radio and television commercials, broadcasting growth and millions collected, you are creating the conditions for workers and others to make judgements and, therefore, demand much more.

“The unions are representing workers and the reality is, workers in Grenada — and much of the population — are at their limit, regarding the number of taxes,” he said without openly confirming that the NDC was in full support of the industrial action.

The negotiating team said that while it recognizes that the union leadership may demand more for its members, the government has to be guided by its responsibility to the entire country.

“Workers in the private sector, banking and telecommunications, for example, have lost jobs, while government has protected the jobs of its employees. Unlike what occurred in other Islands, the Grenada government has not retrenched a single employee,” the GNT said, noting that more than EC$106 million have been paid to public servants, since the government came to power four years ago.