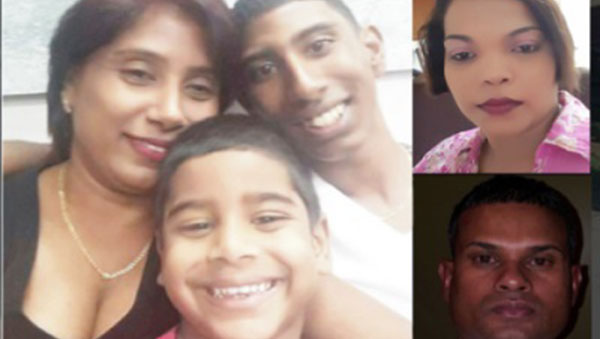 GEORGETOWN, Guyana, October 16, 2017 (CMC) – Police have identified the five family members, who were killed when their vehicle crashed into a truck, on Sunday.

Police said immigration services consultant, Sabita Manglani, her sons Emanuel and Ethan, her secretary, Reshma Seeram and the driver of the car, Dhanpaul Kishandayal, were all killed when the accident occurred in Berbice.

The family was reported to be heading towards the popular #63 beach, for a Sunday afternoon outing, when the tragedy struck.

Media reports said that the driver of the car lost control and slammed head-on into a rice truck that was traveling in the opposite direction.

The impact sent both vehicles toppling, with the car being completely crushed. Bodies were torn apart and flung onto the roadway, and fire fighters had to be called to the scene to cut apart the car to get the other bodies out.

The driver of the truck has been hospitalized with serious injuries.