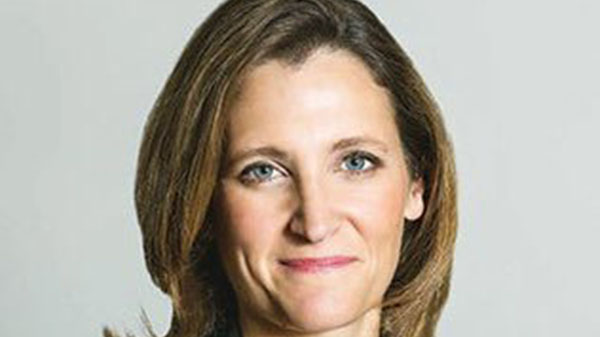 OTTAWA, Canada, October 20, 2017 (CMC) – Representatives from three Caribbean Community (CARICOM) countries will join their counterparts from Latin America, in Canada, for talks aimed at putting pressure on Venezuelan leader, Nicolas Maduro, to end the political and economic crisis in that South American country.

Foreign Affairs Minister, Chrystia Freeland, said Friday that the October 26 meeting, to be attended by ministers from Guyana, Jamaica and St. Lucia, as well as Argentina, Brazil, Chile, Colombia, Costa Rica, Guatemala, Honduras, Mexico, Panama, Paraguay and Peru, will explore ways to bring an end to the crisis in the oil-rich country that has resulted in the death of several people and calls for Maduro to step down from office.

“Together with our like-minded partners, we will continue to increase pressure on the Maduro regime. Our objective is clear: a peaceful solution to the crisis and the restoration of democracy and human rights for all Venezuelans,” Freeland said.

Canada and the United States have imposed sanctions against Venezuela’s leadership, calling out its “anti-democratic behaviour”, following the installation of a loyalist assembly that supersedes the country’s opposition-controlled National Assembly.

Several CARICOM countries like Antigua and Barbuda, St. Vincent and the Grenadines and Dominica have all opposed moves to force Maduro out of power, saying that they would not tolerate interference in the internal affairs of the country.

CARICOM chairman and Grenada Prime Minister, Dr. Keith Mitchell, told regional leaders, during the annual summit in July, that the region “cannot ignore what is going on in a country with which all of our member states have had strong historic ties; and one with which countries such as Grenada and Trinidad and Tobago share maritime borders”.

The leaders at the end of their summit issued a communiqué calling on all parties in Venezuela “to commit to engage in renewed dialogue and negotiation, leading to a comprehensive political agreement with established time tables, concrete actions and guarantees to ensure its implementation for the well-being of the nation”.

“In this regard, CARICOM Heads of Government offered their good offices to facilitate this dialogue.,” they said, and Maduro, in a July 7 letter to Mitchell, said “he wholeheartedly welcomes the valuable proposal contained in that communiqué, offering the good offices of CARICOM to reactivate an agenda of constructive dialogue among the political parties of (our) country”.

But Mitchell received Maduro’s communication on July 12 and while the leaders discussed the Venezuela situation by video in August, with “varied and robust views”, no CARICOM delegation has visited the South American country as yet.

Human right groups say at least 130 people have died in the unrest since the beginning of April and more than 5,000 people have been arrested.