New in Pride
Home / National News / Political Demission And The Quebec Human Rights Commission: Quebec Premier’s move was bold but the truth should be told — racialized minorities have been left out in the cold 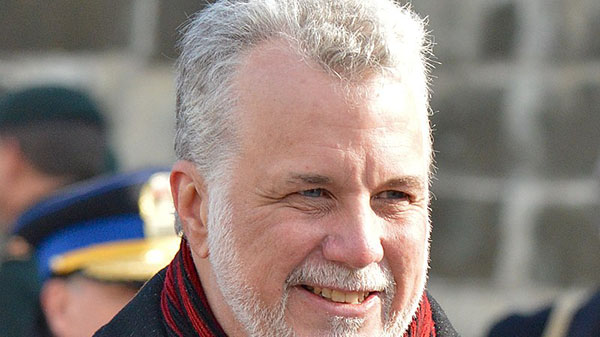 Political Demission And The Quebec Human Rights Commission: Quebec Premier’s move was bold but the truth should be told — racialized minorities have been left out in the cold

QUEBEC, Canada, October 24, 2017 — To the watching public, the Quebec government’s recent removal of the Human Rights Commission’s mandate to lead the consultation on systemic discrimination and racism, and its subsequent renaming and reframing, may appear like a new move, but it was, in reality, nothing short of an ace card waiting to be played.

Now Quebec is in full control of the consultation, under newly appointed Immigration and Diversity Minister, David Heurtel, and Francois Blais, Minister of Employment and Social Solidarity, and the nomenclature “Promoting diversity and the fight against Discrimination”.

Exodus of the previously used terms — racism and systemic discrimination — and replacement of consultation with forum, speaks volumes in itself, as Quebec has been known to struggle with acceptance of the presence of racism, preferring to call it  by any other name except that which it merits.

The public consultation on systemic discrimination and racism, announced on May 20, by then Minister of Immigration, Diversity and Inclusiveness, Kathleen Weil, and scheduled to begin in September, was already dead on arrival.

The consultations were supposed to document the extent of the problem and provide proposals to fight racism.

Faced with opposition and widespread criticism of the consultation, as well as the chequered history of the actors and the involved institutions, concerned parties wondered as to the imminence of a burial.

The Coalition Avenir Quebec referred to the consultation as a circus and lawsuits for Quebeckers, while Jean-François Lisée, head of the Parti Quebecois, seemingly upset with the formation of an advisory committee, initiated a petition opposing plans to debate the issues of racism and systemic discrimination, calling instead for less talk and more concrete action (www.pq.org/petition).

Carole Poirier, the Parti Québécois whip and MNA for Hochelaga-Maisonneuve, expressed her disappointment with the move to have a public consultation.

Opposition parties called on the government to scrap the process altogether, claiming that it puts Quebec society on trial.

Premier Philippe Couillard was faced with a decision. Something needed to go, for at stake was his political future.

Displaying Trump-like behaviour, and hiding behind alternative facts, he claimed that the recent crisis involving the first Black Human Rights Commission’s President, Tamara Thermitus, prompted him to make this decision, while claiming in the same breath, that the province’s consultations on systemic racism was contributory to the party’s agonizing by-election defeat in the Quebec City riding of Louis-Hébert.

There will be a regional tour by ministers Heurtel and Blais to hear from businesses and economic groups about the labor shortage.

In a press conference last Wednesday, Minister Heurtel called for a reframing on the number one issue — employment, recalling the high unemployment rate among immigrants.

This latest  moving of the goal post on the part of Premier Couillard has sent a strong measure of a negative nature to minority communities, which translated, means — abandonment of the social, ethical and moral issue of the day (racism), with resultant denial of a say in the foray.

The Black community especially is replete with examples of racism and discrimination.

It is painfully apparent that a name and game change, was done simply to avoid facing the real issue — racism — putting Quebec on show for all to know. In politically correct terms — bringing to light Quebec and her nationalists.

Premier Couillard was forced to choose, he could not afford to lose, especially the maintenance of his political groove.

Sadly, racialized minorities in Quebec will have to wait another day or have their say another way, firmly keeping in mind that there’s a provincial election just a year away.