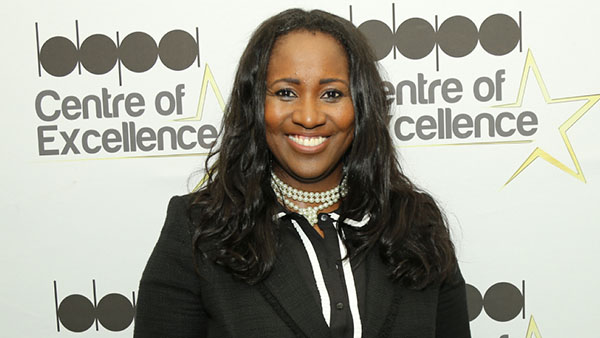 Nadine Spencer Elected As President Of The BBPA

TORONTO, Ontario, October 31, 2017 — The 34-year-old Black Business and Professional Association (BBPA) has a new president at its helm, who plans to grow the organization as much as possible.

Nadine Spencer and a slate of directors were voted in as members of the board at the annual general meeting (AGM) of the BBPA, last Thursday, at its office in downtown Toronto. 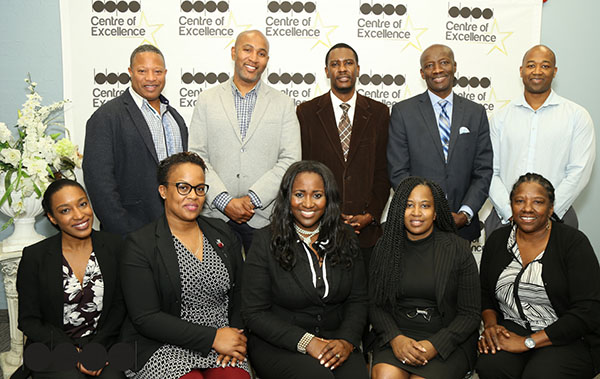 Spencer is the Chief Executive Officer (CEO) of Brand EQ Group Inc., a global marketing and communications agency, made up of top-level creative professionals from around the world, specializing in meeting clients’ marketing, communications, and public relations goals.

The Brand EQ Group CEO was so committed to run for the position that she flew back from Vienna, where she was vacationing with her family, leaving them there.

They were all supposed to return yesterday (Oct. 30), but when the BBPA announced the date of the meeting, Spencer said she had to change her flight to get back in time for the AGM.

With no direct flight from there, she flew from Vienna to Brussels, then to Heathrow and Gatwick – both airports in London. Because of the time she got into London, she couldn’t find accommodation, so she was literally in the airport the entire night and then got on the plane to Toronto.

“The number one thing is to grow the organization, grow it as much as possible, because it’s all about capacity building and without the capacity we’re not going to be able to do much or complete the big vision of membership growth, giving out scholarships — all that is needed for excellence in the Black community. In order to achieve that, we need resources,” she said, regarding concrete things that she wants to do during her tenure.

Spencer said financial resources is the number one thing, so building a revenue stream is important, and also human resources, in terms of membership.

A marketer by profession, she said another major thing is to continue to raise the awareness and the profile of the organization.

“The BBPA stands on a very strong profile and foundation of excellence, in terms of Black community organizations in Canada, and so I want to continue to build and raise the profile of who we are, what we do, and a strong voice and a strong presence in the community — and that’s going to take marketing.”

Having 30 years of experience in business leadership, community development and board governance, Spencer says she is well positioned for this, because she comes from a marketing, business and philanthropic background, so she understands the need of what’s required for an organization, like this, to continue going to the next level.

Her vision is one of community collaboration and growth and, as president, she wants to advance Canada’s Black communities by delivering programs that support businesses, higher education and economic development.

“I’m excited but my job really is, I’m in the position of service and leadership. Our job is, we work for the members; we work for the community so, as the board, we’re there to serve. And in serving it’s always (good) to look at what are the best assets we’re going to bring to the organization. And I think collaboration is it, with the community, with the major stakeholders, government – all the things that matter to grow a business. That’s what is required and that’s what we’re poised to do.”

Asked about the election process that involved a slate of candidates being voted for, instead of individuals, Spencer said she comes from a lot of years of board experience with different organizations.

In her experience, boards are empowered, via a nomination committee, to select the best candidate to present to membership and membership then votes.

In a constitution the nomination committee is given that responsibility so it’s not unusual to have a slate of people presented to membership to vote on. Each individual that was put forward needed two-thirds of the vote and then the leaders are elected based on that slate, she said.

Asked whether she received any advice from the outgoing president, Pauline Christian, about the role which she held for 10 years, Spencer said she has known her for many years. 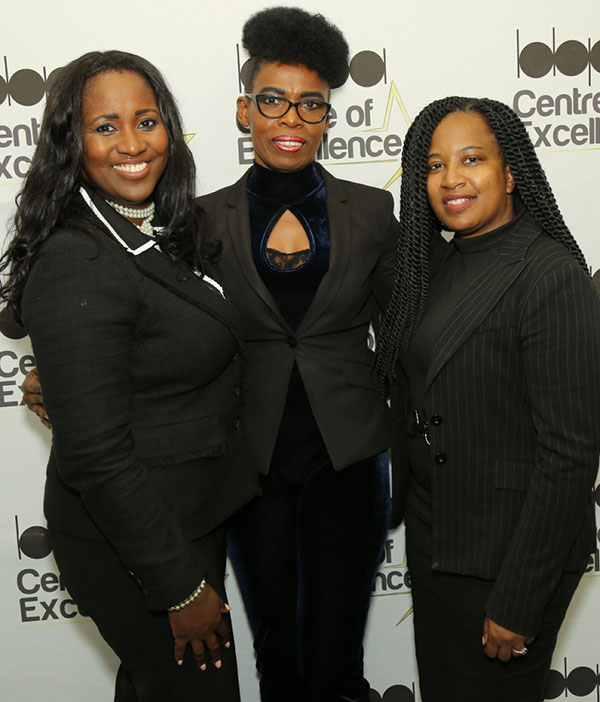 Five years ago when Spencer was president of the Junior League of Toronto — a global non-profit women’s organization, focused on volunteerism, women’s empowerment, and community strengthening – Christian was on the advisory board.

“I remember she came into the meeting one day, her first meeting, and she talked about the BBPA and that was one of the first places where I had a real insight as to the backend of the BBPA.”

Spencer said it was great that the group heard firsthand the passion that Christian brought and what the BBPA was about – “this organization was about standard of excellence.”

She said while working with Christian when she was advisor to the Junior League, and over the years, she saw how she carried herself and how hard she worked.

Last year while doing the marketing for the annual Harry Jerome Awards, they were at the BBPA office until 3:30 a.m. and Spencer couldn’t stay anymore, but Christian stayed.

“She has a very strong work ethic. One of the things that I notice about Pauline is that she takes care of the details, in terms of stakeholder relationships, in terms of the partners, the sponsors who give funds for the scholarships for the Harry Jerome Awards. She really maintains a strong relationship with them and letting them know how important it is that they contribute to the BBPA. And that’s one of the things that I’ve gotten from her that I want to take forward and continue, and I count on her for additional help.”

Spencer has earned a reputation as an experienced and skilled professional who accelerates strategic growth and brand visibility for leading corporate, non-profit organizations and individuals.

Explaining how she will serve to advance Canada’s Black communities, Spencer said the first thing they want to do, as a board, is to really look at the other organizations.

This will entail having meetings with the Jamaican Canadian Association, Tropicana Community Services, the leading Black organizations because they’re stakeholders who are responsible to a Black constituency that they’re already serving, she said.

The aim is to bring these organizations together and look at “where are the gaps, how do we fit in, we’re the Black Business and Professional Association, you are JCA, you are Tropicana, but we all serve the Black community.”

Spencer wants to create an opportunity to hear their concerns and then the BBPA can best position itself to address these matters.

She said she has been an entrepreneur since she was 12 years old, so she understands the needs of what entrepreneurs require for success and so, going to the next level for the BBPA is really “understanding, opening our doors, hearing the needs and being ready and positioned to addressing those needs.”

When Spencer was 12 years old, her mother, a Jamaican immigrant moved to Canada for better opportunities and left her in the care of someone in Jamaica “who was not so caring.”

“The woman would literally take me from out of school and have me just do errands for her. So, one of the things she would have me do, she sent me to the market to buy bammy but she would give me enough money to get to the market and buy her two dozen bammies, or whatever, but no bus fare to get back home.”

This was a long journey, from Mountain View Avenue in Kingston to Spanish Town, so she used her street smarts.

She told one of the popular vendors selling bammies that she would buy from her weekly and asked for a better price.

The woman gave her a better price and extra bammies, which she would then sell in another part of the market, and made enough money for her bus fare to go home and had a little stash of savings too.

“I learnt a lot in that exercise. You think about it, you think that’s a cool thing but the things that happen in my life I look at as how can I turn this into a positive. At that point I remember thinking there’s an opportunity here and I took the best of a worst situation and I made something strong of it. And so whenever I walk into a situation I always go back to that experience.”

She used that skill to do a presentation in Honduras where she was selected to do a marketing campaign for a special development region.

Spencer doesn’t speak Spanish but remembers going to their parliament to speak on the issue of marketing and setting the strategy.

“I always go back to that place of you’re in a new environment and I understood what had to be done, so I led the strategy and I did the press conference with an interpreter. I remember when the interpreter read my plan, so I would say it in English and he would say it in Spanish, to the entire press, including the Associated Press and all the journalists, and then there would be these pause and applause and gaps as they told my plan. All of that just came from I can literally survive wherever you put me.”

This is the grit and determination that she is taking to her new role of president of the BBPA. 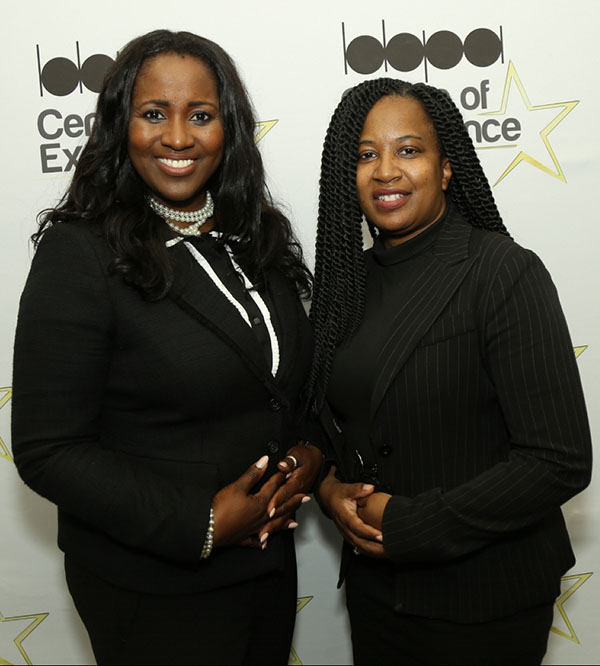 She has served on numerous corporate and not-for-profit boards, and is a marketing director for Accelerating Women Entrepreneurs, an organization founded by Whole Foods Market CEO, John Mackey.

Spencer also works with various charitable organizations, empowering impoverished and disenfranchised women to work their way to prosperity through education and entrepreneurship

Sandra Whiting, a motivational speaker and storyteller, and a past president of the BBPA, welcomes with enthusiasm Spencer’s election to the position.

“I’m delighted that the presidency has passed into very capable hands. I believe that she will bring fresh new energy and new ideas to continue the work of the BBPA. I think it’s great news,” she said.

Founded in 1983, the BBPA is a non-profit, charitable organization that addresses equity and opportunity for the Black community in business, employment, education and economic development.

The BBPA sponsors the annual BBPA Harry Jerome Awards, a national awards event that recognizes and honours excellence in achievement, and supports higher education through the BBPA National Scholarship Fund.