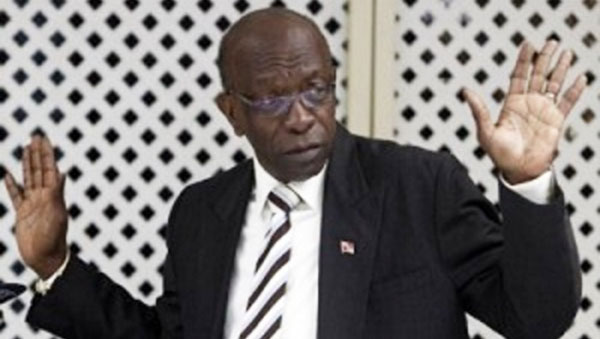 PORT OF SPAIN, Trinidad and Tobago, Nov 3, 2017 (CMC) – Former Vice-president of the International Football Federation (FIFA), Austin “Jack” Warner, has filed an application, challenging the ruling of a High Court that cleared the way for his extradition to the United States.

He is charged with 12 offences related to racketeering, corruption and money laundering, allegedly committed in the US and Trinidad and Tobago, dating as far back as 1990.

Warner claims the case against him is politically motivated and accuses the United States of seeking revenge because it lost to Qatar in its bid to host the 2022 World Cup.

In September, Justice James Aboud dismissed Warner’s judicial review, in which he questioned the procedure adopted by the Office of the Attorney General, here, in signing off on the US’s request for his extradition made in May, 2015, at the end of the US Department of Justice’s investigation into the world governing football body, FIFA.

His lawyers had argued that this country’s extradition treaty with the US contradicts the Extradition (Commonwealth and Foreign Territories) Act. They are claiming that, in passing the Act, Parliament afforded citizens certain protections, which are ignored by the international treaty.

In his 50-page written ruling Justice Aboud held that if a Warrant of Extradition was to be signed following the extradition proceedings, it will be in accordance with domestic law and not the treaty. He held that both the attorney general and the magistrate would be mindful of that, and even if they failed to do so, their decisions are reviewable by the courts.

The judge gave Warner, a former government minister here, a stay of the magisterial proceedings for 28 days to give his legal team an opportunity to appeal his ruling.

When the case came up in the Port of Spain Magistrates Court, yesterday, the court was informed that Warner had filed an appeal, which also includes an application for the extradition proceedings to be put on hold.

Hearing of the application has been set for December 18 and it was further agreed for the matter to be adjourned for mention to a date in January, at which time all the parties will be in a position to know whether the appellate court has granted the stay of the proceedings.

The extradition proceedings have been adjourned to January 16, next year.