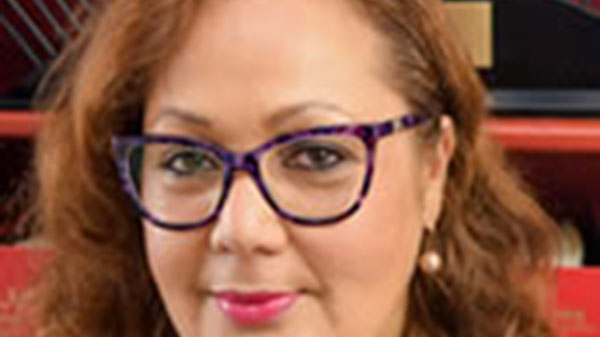 The Regional Commission on Marijuana is headed by Professor Rose-Marie Belle Antoine, Dean of the Faculty of Law at the St. Augustine campus of the University of the West Indies (UWI). Photo credit: UWI.

Guyana To Host Consultations On Use Of Marijuana

GEORGETOWN, Guyana, November 3, 2017 (CMC) – Guyana will host a consultation on the use of marijuana, on Monday, as part of the efforts by Caribbean Community (CARICOM) governments to conduct careful, in-depth research, so as to inform decision-making on the issue.

The Regional Commission on Marijuana, which was established by CARICOM leaders, will meet with various stakeholders, including youth and faith-based organizations.

The region-wide consultations are intended to obtain information on the social, economic, health and legal issues related to marijuana use in the Caribbean.

“Such information would, among other outcomes, determine whether there should be a change in the current drug classification, modelled after the UN Convention on Psychotropic Substances, for which many, if not all, CARICOM members are party to,” the Guyana-based CARICOM Secretariat said in a statement.

It said, given that reclassification of the drug would make it legally accessible for all types of use, including religious, recreational, medical and research, the Regional Commission is expected also to provide recommendations on the legal and administrative conditions that will apply, as per its Terms of Reference.

Many Caribbean countries’ legislations do not currently allow for full legislation, under international law, and national approaches to addressing this issue have resulted in various positions.

In the case of Jamaica, for example, the Dangerous Drugs Act was amended in 2016, and legislation was passed, which reduced possession of small quantities to a petty offence. It also created the framework for the development of legal medical marijuana, hemp and nutraceutical industries.

Antigua and Barbuda’s Cabinet agreed, in August 2016, to send a draft law to Parliament for its first reading. In August of this year, Belize introduced an amendment to its Misuse of Drugs Act, to decriminalise the possession of up to 10 grams of marijuana.

The proposed legislation also provides for the imposition of monetary and non-recordable penalties for such amounts that are found on school premises in specialized circumstances, and decriminalizes the use of the substance in small amounts on private premises.

In other countries, there have been widespread public information and communications initiatives, driven by both government and civil society.

In addition to national consultations, the Regional Marijuana Commission will undertake extensive secondary research, to inform the preparation of reports to be submitted to the CARICOM leaders for its consideration, the Secretariat added.

So far, consultations have taken place in St. Vincent and the Grenadines, Antigua and Barbuda and Barbados, and the Secretariat said that national consultations will continue in Suriname, Montserrat, St. Kitts and Nevis, and Belize.

The Commission is headed by Professor Rose-Marie Belle Antoine, Dean of the Faculty of Law at the St. Augustine campus of the University of the West Indies (UWI), and includes practitioners with expert knowledge in a variety of disciplines, including medicine and allied health, health research, law enforcement, ethics, education, anthropology, sociology and culture.