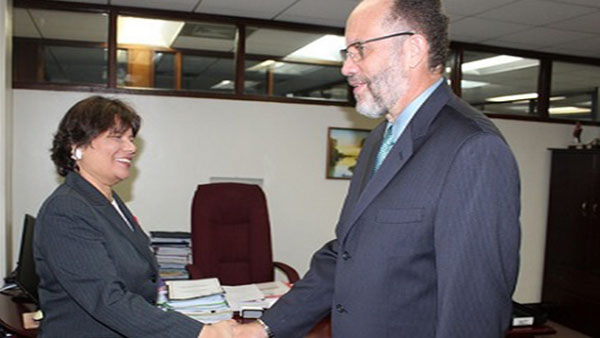 The conference will be held at the United Nations on November 21 and newly appointed Canadian Ambassador to CARICOM, Lilian Chatterjee, said Ottawa has noted, that while Caribbean countries and other small-island developing states (SIDS) have taken some important steps to develop more climate resilient infrastructure, there is clearly more work to do.

“Canada remains committed to working with partners in the region to build the best possible future for the Caribbean,” she said.

Canada has already made significant contributions to the affected countries and to the Barbados-based Caribbean Disaster Emergency Management Agency (CDEMA) – the regional institution spearheading the Caribbean’s relief and recovery effort.

Several Caribbean countries, including Antigua and Barbuda, Dominica, British Virgin Islands, Turks and Caicos as well as Anguilla, St. Kitts-Nevis and the Bahamas were impacted by the two Category 5 hurricanes that killed several people and left billions of dollars in damage, when they passed through the Lesser Antilles in September.

The objective of the donor’s conference is to mobilise support and commitment of pledges, to help the devastated countries to build back better and fulfil the vision of being the first climate-resilient countries in the world.

“The increased intensity and frequency of these mega storms, fuelled by climate change, is our new reality for the foreseeable future,” CARICOM Secretary General, Irwin La Rocque, said,” as he received the accreditation of the new Canadian diplomat.

“We are living climate change. It poses an existential threat to our region. It therefore demands that as the most natural disaster-prone region in the world, we try to ensure that our countries are more resilient to adapt to, and to mitigate, the effects of climate change,” he added.

He also praised Canada’s understanding of one of the Caribbean Community’s major rebuilding challenges, that is, denial of access to concessional development financing, due to the use of per capita income as a primary criterion. Many CARICOM member states are categorised as middle-income countries and are therefore ineligible for such financing, he noted.