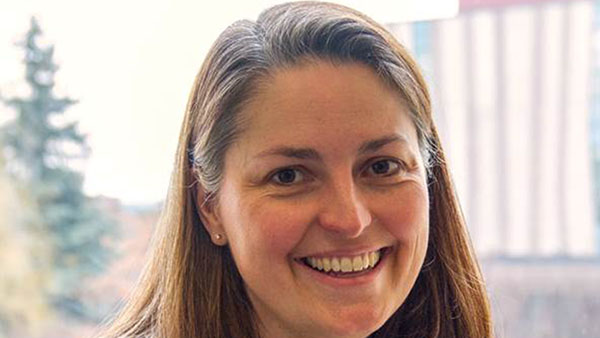 TORONTO, Ontario, November 30, 2017 – Do children show implicit racial preferences from an early age? According to new research from York University’s Faculty of Health, they do.

In three separate studies, with over 350 five to 12-year-old White children, York University researchers found that children show an implicit pro-White bias when exposed to images of both White and Black children. But the type of bias depended on what children were asked to do.

The research was conducted by Professor Jennifer Steele in the Faculty of Health and her former PhD student, Amanda Williams, now at the School of Education, University of Bristol.

Steele says the goal of the research was to gain a better understanding of children’s automatic racial attitudes.

When children were asked to sort faces, by race, on the category-based Implicit Association Test, both younger (5- to 8-year-olds) and older (9 to 12-year-olds) showed greater automatic positivity toward White, as opposed to Black children.

“When we ask children to categorize by race, both younger and older White children show a pro-White bias. They are faster to match pictures of children, who are White, with positive images, and pictures of children, who are Black, with negative images, relative to the reverse pairing,” said Dr. Steele, who, in 2003, completed her Ph.D. in Social Psychology, through the Graduate School of Arts and Science at Harvard University.

However, when they were not categorizing these faces by race, a different pattern of implicit preferences was found.

On these exemplar measures, children were asked across many trials to quickly decide whether neutral images were pleasant or unpleasant. Just before seeing each neutral image, children briefly saw a picture of a Black or White child.

On these implicit measures, children showed no evidence of automatic negativity toward images of Black children, despite demonstrating consistent pro-White versus Black bias on the category-based measure.

The researchers also found that older children, aged 9 to 12, weren’t automatically positive toward other White children, which Steele says is consistent with other findings, suggesting that individual characteristics, such as shared interests, become more important as children get older.

Together, the results suggest that positive and negative racial attitudes can follow distinct developmental trajectories.

The findings can have important implications for programs, designed to prevent or decrease prejudice in childhood.

Specifically, Steele believes that interventions, designed to decrease negativity towards other races, might not be the best approach for younger children. Instead, interventions should encourage children to see members of other groups positively as well, although she believes that more research examining interventions is needed.

“In early childhood, what we know is that children tend to be egocentric and socio-centric. They think that they’re great and that other people, who are like them, are great too,” noted Steel.

“That’s why we recommend using interventions that don’t challenge these beliefs, but instead, promote the fact that people from different backgrounds or who look different than them, often have a lot in common and they can be great too.”

She adds that this can be very important in the classroom.

“It is important that classroom teachers promote the benefits of diversity and expose children to positive role models from all different backgrounds. We live in an increasingly multicultural society and exposure to this diversity – even through books or media – can make children more comfortable with this diversity,” Steele said.

“Children have some awareness of race from an early age, so research suggests that taking a colour-blind approach – or pretending that race doesn’t exist – is not the best approach.”

Steele adds that classroom teachers should both create and seize opportunities to celebrate diversity and promote multiculturalism for their students.