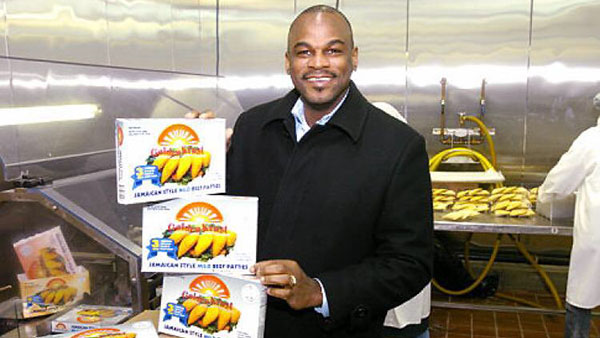 Last Saturday, the Founder and Chief Executive Officer of Golden Krust Caribbean Bakery & Grill, Jamaican-American Lowell Hawthorne, 57, shot himself in one of his factories, according to New York police reports.

According to police reports, Hawthorne, 57, shot himself inside the Park Avenue building, near East 173rd Street, in the Claremont section of the Bronx, at about 5:30 p.m.

The New York Daily News reports more than a dozen current and former employees stood in disbelief outside the factory, hours later.

“He was a good boss, humble and a good businessman,” said Pete Tee, 27, a former employee. “He never seemed sad. This is just terrible news right now.”

Hawthorne opened the first Golden Krust store on East Gun Hill Road in the Bronx in 1989, going on to build the Jamaica beef patty purveyor into a US national empire, boasting more than 120 restaurants in nine states. 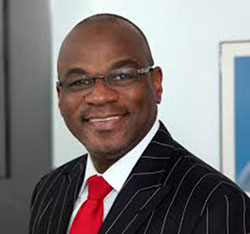 Lowell Hawthorne was well-liked by his employees.

Pat Russo, who has worked with Hawthorne since the 1990s, was shocked by the news that his fellow businessman had taken his own life.

“It doesn’t make any sense. He had everything to live for,” said Russo, who is the President of Chef’s Choice food company. “He was a brilliant business guy. The perfect American success story.”

Hawthorne’s death sent shockwaves from the streets of the Bronx to government offices in Jamaica, where Prime Minister, Andrew Holness, fired off a tweet, offering his “condolences to the friends, family and employees of Jamaica-born Lowell Hawthorne, CEO of Golden Krust Caribbean Bakery & Grill”.

Some of Hawthorne’s employees said they suspected something was amiss when they spotted his car, a silver Tesla 85D, parked oddly outside the factory – blocking a lane of traffic.

“He was a nice boss, a wonderful guy,” said Woods, an employee since 2003. “He’s the kind of guy you want to work for – for that long. He takes care of his employees.”

Family friend, Wayne Muschamb, said Hawthorne was an inspiration to his compatriots in Jamaica.

“Look how far he reached. He’s known from here to Jamaica,” Muschamb told the Daily News. “I’m kind of lost for words, man. This has got me shocked.”

Hawthorne’s rags-to-riches story was set in motion in 1981, when he followed several relatives to the US from Jamaica in search of opportunity.

He briefly worked as an accountant for the New York Police Department (NYPD) before deciding to build a business, inspired by his father’s bakery, back in Jamaica.

Golden Krust became the first Caribbean-owned business in the US to be granted a franchise license, according to its website.

In 2012, Hawthorne published “The Baker’s Son: My Life in Business”, a memoir.

“It’s a very humbling experience to know that the concept that began in Jamaica with our parents was able to come here,” Hawthorne told the Daily News at the time.

Hawthorne told the Wall Street Journal in 2015 that his goal was that, “by 2020, all Americans will have heard of Jamaican patties,” according to the New York Post.

He told the newspaper that it’s a family operation with Hawthorne’s wife, three sons and daughter, not to mention cousins, nieces and nephews, all involved.

“Hawthorne once appeared in an episode of CBS’ ‘Undercover Boss’. At the time of his death his company was planning on building a new $37 million headquarters in Rockland County”, according to a news report on cbs.com.

“He’s a nice man, a good man,’’ said John Harrison, who had been working there for three years. “The Jamaican people, they feel it. All of us are Jamaican. We lost a Jamaican, we feel it.’’

Hanaku Oxori, who had worked at the plant for 17 years, said, “He’s nice with everyone here.”

The suicide “was a surprise to me,” he added. “We saw him every day. He talks to everyone. He was always in a good mood.”

“I was always in search of the next honest means to make a dollar,” he wrote. “Like many transplanted Caribbean nationals, I struggled to work and raise a family. I can only thank God for everything I have achieved.”

“If my story here can inspire others to rise up and give it a go, I would have accomplished something meaningful,” he added.