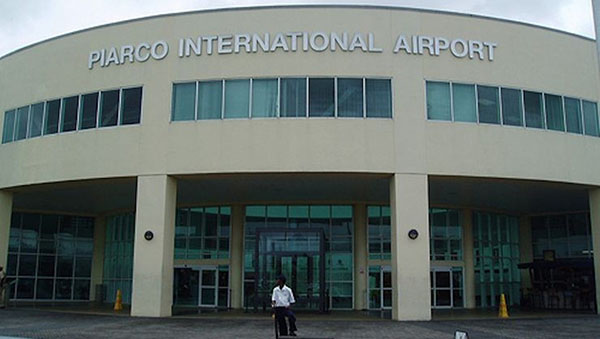 PORT OF SPAIN, Trinidad and Tobago, December 8, 2017 (CMC) – Police have detained two people for questioning, in connection with the daring multi-million dollar daylight robbery at the heavily secured section of the Piarco International Airport, east of here, on Wednesday.

Law enforcement authorities said that a man and a woman had been held in Longdenville, in central Trinidad, yesterday, and that TT$250,000 was in their possession.

The police believe that the cash may be part of the five million dollars stolen, when men, armed with high-powered weapons, held up officers of a private security firm and made off with the cash that was destined for the sister isle of Tobago.

The money was to be transported by Caribbean Airlines for the First Citizens Bank.

The police believe they will soon make further arrests, and that seven witnesses have already given statements.