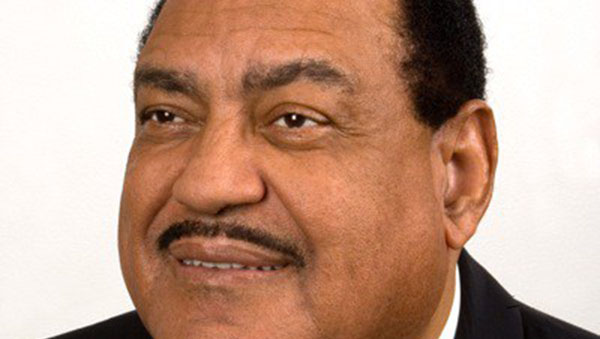 “I know that, in as much as my brain has much to contribute, age has taken its toll on my physical capacity. It would be unfair to impose upon the readiness of the people of Rural East, to maintain me as their representative,” Sir Lester told the Parliament yesterday.

“The time has come for younger legs and more agile hands. That is why, I announce, today, in this Honourable House, that I will not seek re-election, and that, at the end of this term, I will leave representative politics,” announced Sir Lester, who was first elected to Parliament in 1976.

“I believe our partnership of more than 40 years has been a story of transformation, of accomplishment, and of progress. The people of Rural East gave me the opportunity to serve our nation in many important ministerial positions – tourism, energy, economic development, foreign affairs – and as prime minister.”

Sir Lester added that he intends to remain available, as an adviser to the government should the need arise, and used the occasion to endorse his niece, Maria Bird-Browne, the wife of Prime Minister, Gaston Browne, as his successor.

“I do so, not only because she is my niece. I do so because she has shown the humility and the compassion to be a people’s representative,” Sir Lester said, telling legislators he is confident that his successor will stand up for, and with, the people of the constituency and be a credit to the Antigua Labour Party (ALP) government.

In 2014, the British-educated lawyer, was one of four persons to be conferred with a knighthood, during the Ceremonial Parade to mark the 33rd anniversary of the island’s political independence from Britain.

Sir Lester was named Knight of the Most Exalted Order of National Hero (KNH) for his contribution to national development as an outstanding sportsman, lawyer and parliamentarian, and joined the ranks of his father and cricket legend, Sir Vivian Richards, as the only other living national hero.

But in recent years, Sir Lester’s health has become a matter of concern and he was hospitalised in November, last year.

“He had a bad bout of the flu, was severely dehydrated and was running a fever and, because he is extremely diabetic, the doctor is not taking any chances,” his daughter, Rika Bird, later told reporters.

In Parliament, on Tuesday, Prime Minister Browne thanked the almost-80-year-old politician for his contribution to the socio-economic development of the two-island state, and called for a special sitting of the House to be convened to “celebrate the achievements and contributions.

“There is no doubt that Sir Lester would have made the second largest contribution towards the socio-economic development of this country. He has spent over 40 years in this honourable house and, we believe, based on his longevity of service, his achievements … that we should offer no less than a special sitting, to celebrate his contributions to the development of this country.”

Browne also called for the naming of an appropriate monument in Sir Lester’s honour, adding that he had something in mind, but would await consensus from his Cabinet colleagues.

Antigua’s next general election is constitutionally due in 2019, but there is widespread speculation that the polls could be held before that date.