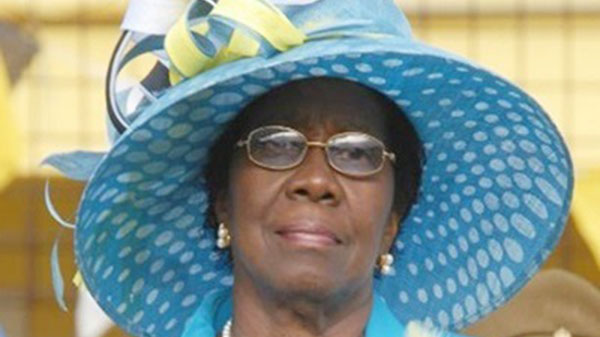 CASTRIES, St. Lucia December 22, 2017 (CMC) – Governor General, Dame Pearlette Louisy, has announced that she will be leaving office at the end of the year.

The Governor General made the announcement in a nationally televised address, late Wednesday.

“So, Ladies and Gentlemen, I wish to announce that I will be demitting office, as St. Lucia’s Governor General on December 31, 2017. It has been, indeed, both a privilege and a pleasant duty, to have served you and my country in this capacity,” she said.

The Governor General did not disclose the reason behind her decision to step down from office.

However, it is widely speculated that the departure of the island’s longest serving Governor General was requested by the Allen Chastanet-led government.

Earlier this year, Prime Minister Chastanet refused to be pinned down on whether Dame Pearlette Louisy had been asked to resign, saying instead that it was ‘very unusual’ to have a Governor General in position for such a length of time.

“As I leave office, I thank everyone, most sincerely, for the many ways in which you have enriched both my personal and professional life, for your generous and endearing support, for your gracious encouragement and for the tremendous goodwill you have shown me. I want you to know that your joys have been my joys, your pain, my pain,” the Governor General added.

Dame Pearlette Louisy, who was sworn in on September 17, 1997, is the first woman to hold the office of Governor General of St Lucia.

“Throughout the course of these past 20 years, I have drawn inspiration from Her Majesty’s own steadfast and unwavering commitment to duty and service, and from my own upbringing, which taught me to look beyond the constraints of the moment to the promises of the future. I hope therefore that I have, in some small measure, been able to deliver on these my pledges and undertakings and that you have been pleased with my efforts.”