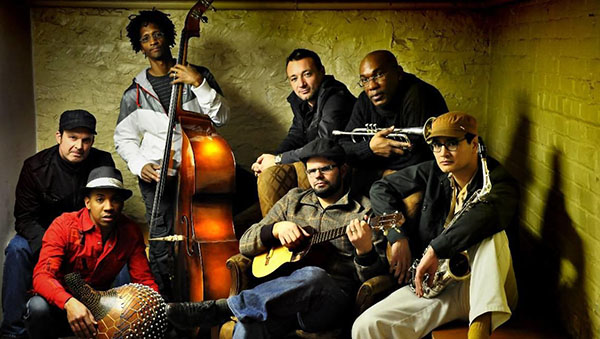 Kobo Town, the Trinidadian-led, Toronto-based, calypso-inspired band that will accompany Calypso Rose at her concert on Friday evening, was named after the historic neighborhood in Port-of-Spain where calypso was born. Photo contributed.

TORONTO, Ontario January 23, 2017 — When the iconic, legendary, ageless calypso royalty, Calypso Rose, debuts on the Koerner Hall stage in Toronto, on Friday evening, the band that has the gargantuan — and enviable — honour of accompanying her on stage will be Kobo Town.

Say what? Say who?

Tek it easy partner, “Her Royal Calypso Highness” will be in very capable hands — based on Kobo Town’s glowing history and experience.

I ain’t jokin’ or “mah-mah-gying” yuh. Check this out.

“Kobo Town is named after the historic neighborhood in Port-of-Spain where calypso was born amid the boastful, humorous and militant chants of roaming stick-fighters.

“Situated near the fishermen’s wharf, the area was a site of constant defiance and conflict, a place where sticks and stones, songs and verses clashed with the bayonets and batons of colonial rule,” reads an interesting biography on the group’s website.

Founded and fronted by émigré Trinidad-born singer and songwriter, Drew Gonsalves, the band’s music has been described as “an intoxicating blend of lilting calypsonian wit, dancehall reggae, and trombone-heavy brass” by the Guardian; and a “unique, transnational composite of rhythm, poetry and activist journalism” by Exclaim!

And, Gonsalves collaborated on the writing and production of Calypso Rose’s platinum-selling album, Far From Home. 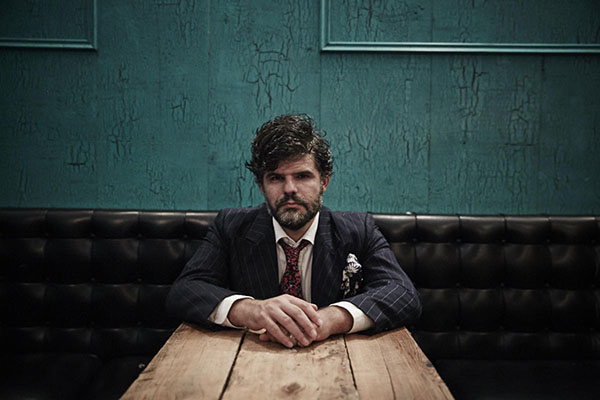 The album, which features several songs penned by Gonsalves as well as performances by other Kobo Town members, won a Victoire de la Musique award in France in February 2017.

From its home in Toronto, the Juno Award-nominated group has brought its distinctive, calypso-inspired sound to audiences across the world, from Port-of-Spain to Paris and from Montreal to Malaysia.

At once brooding and joyous, intensely poetic and highly danceable, Gonsalves’ songs betray deep roots in Caribbean folk music, while the band delivers them with an indomitable energy that has earned them a considerable following, far beyond the niche of world music enthusiasts and calypso fans.

Gonsalves, who was born in Diego Martin, Trinidad and Tobago, to a Trinidadian father and a Québécois mother, migrated at 13 years-old, when his parents’ marriage ended and his mother — with her children — returned to Canada, settling in Ottawa, Ontario.

“Diego Martin is a valley in the northern range, which is very green with a little contaminated river running through it, and that was the playground of our youth,” Gonsalves recalls.

“In Trinidad, we were surrounded by calypso — (Lord) Kitchener lived up the street from me – but like most kids of my age, I was not interested in it,” Gonsalves adds, noting that while rock and heavy metal was considered cool by his friends, “I secretly liked calypso, but I was discrete about it.”

As a teenager in Ottawa, Gonsalves turned to music and poetry as a way to deal with his sense of dislocation and exile. The sudden move to a new (and cold) world where he didn’t fit in, led Gonsalves to cultivate a deep nostalgia for the land of his birth. 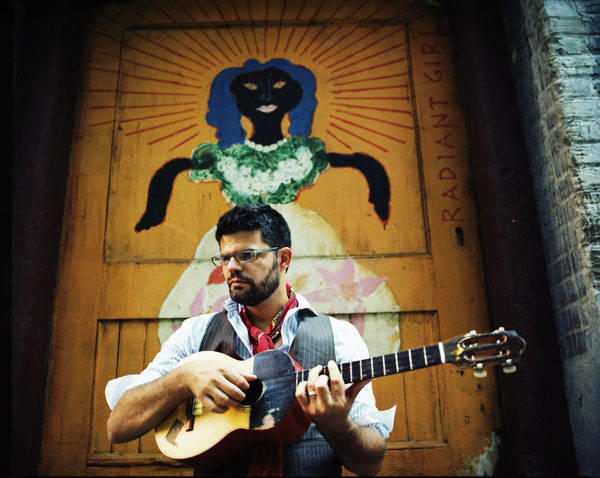 “My curiosity about Trinidad led me to read a lot about the Caribbean and its history, the kind of legacy it bestowed upon us. When I first returned to Trinidad I was eighteen and I went back to visit my father for the summer. Going back with older eyes, I was more able to place in context all of the things that I took for granted when I was growing up.

“On that first trip home my father took me to Lord Kitchener’s Calypso Revue tent, held in the Oil Workers Trade Union Hall in Port of Spain,” remembers Gonsalves, who later studied history and political science at Carleton University.

“I was blown away by the cleverness and the wit of these calypsonians and also their engaging interplay with the audience. I had never experienced anything like it and, from that point on, calypso was always on my mind.”

Gonsalves, who moved to Toronto in the early 2000s, started writing his own calypsos and visiting calypso tents every time he visited Trinidad and, in 2004, he put together Kobo Town with some fellow Trini expats in Toronto.

Kobo Town’s debut received a warm reception and quickly made the band a crowd favourite on the festival circuit.

Since then, the group has toured extensively throughout Europe and North America, and have appeared at festivals in the Caribbean, Asia and Latin America.

The band released its debut album, Independence, in 2007, which was nominated for an Indie and a CFMA award.

It’s second album, Jumbie in the Jukebox, released in 2013, was long-listed as a nominee for the 2013 Polaris Music Prize, and was also nominated for a JUNO Award in 2014.

Kobo Town’s third release, Where the Galleon Sank, was released in Canada in February 2017 and won a Canadian Folk Music Award for World Music Album of the Year at the 13th Annual CFMA Awards.

On Where the Galleon Sank, Gonsalves continues to explore 500 years of history through his post-colonial, Trinidadian lens, armed with his trademark wit and gift for melody.

As on Kobo Town’s two previous outings, Galleon is filled with buoyant music that stimulates both body and mind; propulsive, infectious grooves are juxtaposed with incisive lyrics that expose human folly and our tendency to repeat our mistakes. 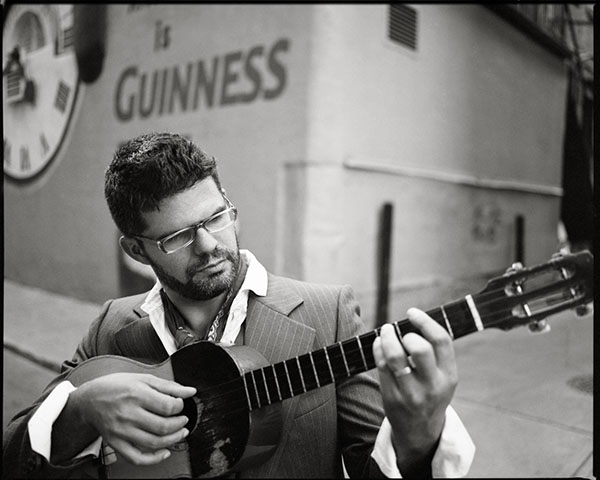 Gonsalves says he was on a boat — heading out on the Gulf of Paria, a pocket of the Caribbean Sea which stretches between Trinidad and Venezuela — when he spotted the rusted wreck of an old barge beneath the surface and the idea came to him.

“Looking down I was struck by how much of our history — like that sunken vessel — lies buried under waves, its outline barely visible in the blue shadows,” Gonsalves observes in his liner notes to Where the Galleon Sank.

He continues: “Beneath this much-traversed patch of ocean lie Spanish galleons, slaving ships, pirogues (fishing boats), oil tankers and even U-Boat submarines – all covered by that vast water, which serves as both a barrier and bridge between our islands and the wider world.”

The barriers and bridges built by the colonial rule that governed Trinidad have long been at the heart of Drew Gonsalves’ much-acclaimed writing.

On “Galleon“, he sets out to raise some of that hidden past to the surface.

While Kobo Town’s music has earned praise with critics, some traditionalists criticise the new elements Gonsalves has included in the group’s music.

“I’m not sure I should call it calypso,” Gonsalves says. “It is calypso-inspired and derived, but it’s a conscious departure from the way it developed back home.”

“Calypso is the folk music of urban Trinidad, but it has always drawn on outside influences, from big band and jazz in the 30s and 40s, to funk and disco in the 70s and 80s. It’s hard to pin down pure calypso,” he adds.

“For me, the calypsonian is a singing newspaperman commenting on the events of the day, with an attitude halfway between court jester and griot.”

On Friday, January 26, at 8PM, Kobo Town will take the stage with the 77-year old Calypso trailblazer, history-making Calypso Rose, for what is setting up to be a “massive” concert.

You’d have to be a “koonu-moonu” to miss this musical feast. I ain’t jokin’.