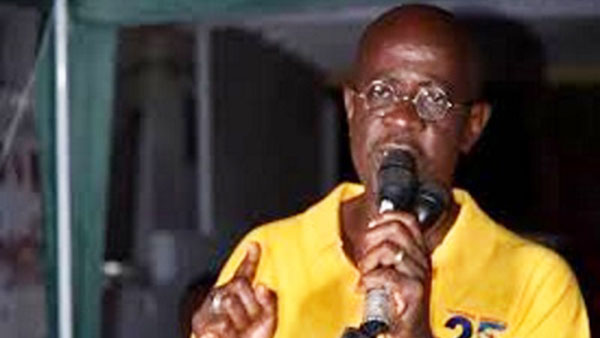 But Burke, who is leading the NDC into the upcoming general election, said that “we must see this announcement as the beginning of our march to freedom”.

“We must rally every single person capable of voting against the New National Party to come out and vote on referendum day,” said Burke, adding “liberation day is March 13”.

Burke, who was addressing an NDC rally in the heart of the capital on Sunday night, said “interestingly, brothers and sisters, when I last checked March 13th represented a revolution against corruption.

Nomination Day will be on February 20 and the election this year is likely to be a straight fight between the NNP and the NDC.

Mitchell has indicated that he would like a repeat of the 2013 election results when the NNP won all 15 seats, defeating the then ruling NDC headed by prime minister Tillman Thomas.

On March 13, 1979 the democratically-elected government of Sir Eric Matthew Gairy was removed from power by the Maurice Bishop-led New Jewel Movement (NJM) in the first coup in the English-speaking Caribbean.

Both the NNP and the NDC have supporters and decision makers who were, at one tim, intimately involved with the March 13th Revolution and its socialist style People’s Revolutionary Government (PRG).

Burke, who was addressing supporters on the party’s plans for the next five years if it won the election, said it was important for them to vote in the election.