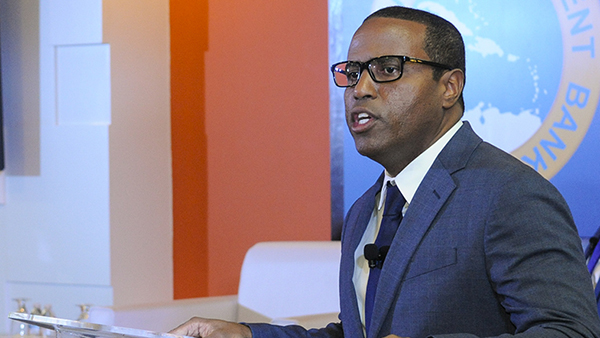 Caribbean Development Bank Predicting Economic Growth For The Region In 2018

But he told reporters that all of CDB’s Borrowing Member Countries (BMCs) are expected to contribute to the overall economic growth this year.

“This is mainly driven by the return to growth in Trinidad and Tobago and a 2.3 percent uptick in Jamaica, which accounts for about a fifth of regional GDP (gross domestic product).

Dominica’s economy is expected to grow by 6.4 percent this year, as the island recovers from the devastating effects of Hurricane Maria last September, Ram said.

“The highest growth rates are projected for Anguilla and Dominica as they rebuild from the damage, caused by the 2017 hurricanes. Antigua and Barbuda and the Turks and Caicos Islands are also expected to have strong growth,” Ram said, estimating that Dominica suffered negative growth of 6.9 percent, as the island lost 225 percent of GDP.

“Secondly, the government also needs to examine its other expenditures, particularly as it relates to transfers and subsidies, which are currently running at around 13 percent of GDP. So that means there needs to be some reform particularly of state owned enterprises,” Ram said.

He added that the government needs to make the Barbados economy “a lot more competitive and productive. And so, that means dealing with the inefficiencies in the business environment.”

It also recommended that adjustment measures should focus on expenditure, primarily supported by reform of the State‑Owned Enterprises (SOEs).

“Efforts to contain the wage bill and reform of government pensions, while improving revenue administration and broadening the tax base, including by reducing exemptions, would also be important,” the Washington-based financial institution had said.

Ram told regional reporters it was also important for the government to target social interventions and upgrade the island’s infrastructure.

“Throughout this process of reform, it is really important that the government focuses social intervention towards those who need it.. And that also means that there needs to be a new training program to provide labourers with the skills for the new labour market.

“The government needs to examine its infrastructure. It needs to put in place a program that reforms and replaces some of the infrastructure that we have now, particularly as it relates to roads and to sewage,” the CDB executive advised.

In his presentation, Ram said that although a return to growth is encouraging, the Caribbean still lags behind other small developing states, where economic growth is at 4.8 percent average, compared to the Caribbean at 0.8 percent, since 2009.

Ram added that in order for the Caribbean to ensure sustainable, inclusive growth and development, measures to improve resilience are needed, and he recommended a framework that could help countries build resilience.

He said it is built on four pillars: macroeconomic resilience; productivity and competitiveness; human development; and environmental resilience.

“Any blueprint for building resilience in the Caribbean must take into account all of the key elements identified in the four pillars. In addition we must ensure that we consider regional integration and gender equality—cross-cutting themes that support and reinforce the four elements. It is important that we build resilience in all four areas, which are interconnected,” said Ram.

With respect to specific policy actions, the CDB official noted that at the macroeconomic level, fiscal rules that encourage governments to save should be implemented; and debt-to-GDP limits should be introduced.

He also recommended that countries adopt reforms that make it easier to do business, thus setting the environment for private-sector-led growth.

He said resilience at the environmental level will mean stricter compliance with stricter building codes, and the development of indemnity insurance markets.

“We believe that all of this can be strengthened if there is greater gender equality, particularly within the labour market. Regional cooperation will also reinforce this, for example, free movement of labour and capital, which could assist with overcoming dis-economies of scale associated with small size,” Ram said.

The CDB said that despite the devastation caused by the hurricanes, it had been able to provide increased levels of assistance to its member countries.

CDB Director of Projects, Daniel Best, said the CDB, the region’s premier financial institution, last year, approved US$364 million in loans and grants, an increase of USD58 million over the 2016 figure. 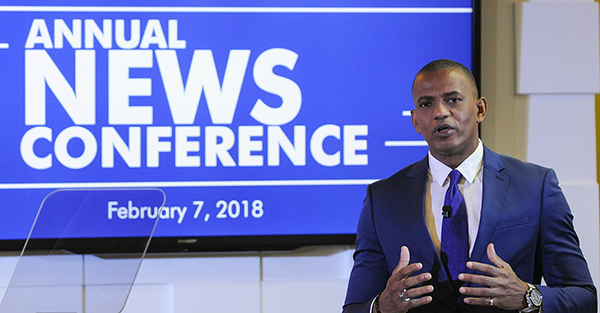 He said the funds had paved the way for the implementation of projects that focus on strengthening resilience, building back better, and placing the Caribbean further along a path toward sustainable development.

“This path will not be without challenges, but CDB remains committed to partnering with our BMCs to make extreme poverty in our region a thing of the past,” said Best, noting that the plans for 2018, include fast tracking the implementation of rehabilitation and reconstruction projects.

He said that key areas of focus for projects in 2018, include the continued advancement of energy efficiency and renewable energy initiatives in the BMCs; addressing the issue of youth unemployment; investing in climate-smart agriculture interventions; and continuing support for the creative industries sector through the Cultural and Creative Industries Innovation Fund, approved in 2017.