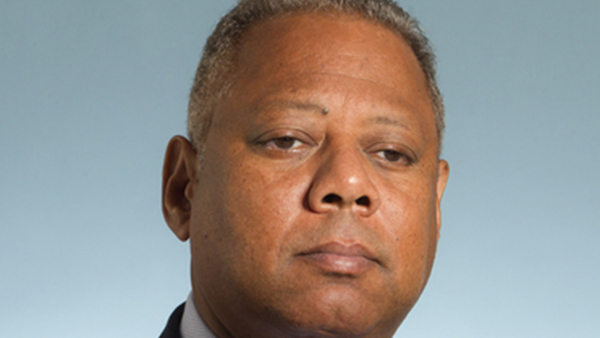 Rankin said in an announcement that he had given his royal assent “after careful consideration in line with my responsibilities under the constitution”.

The legislation, aimed at replacing same-sex marriage with domestic partnerships, was tabled by Minister of Home Affairs, Walton Brown, and passed by the House of Assembly and Senate in December.

It is believed that Bermuda is the first country in the world to reverse marriage equality.

The approval was welcomed by Brown, who said this British Overseas Territory would “continue to live up to its well-earned reputation as a friendly and welcoming place”.

The bill was debated by the House of Commons in London, last month, when Labour MP, Chris Bryant, a former Overseas Territories Minister who is openly gay, called on Bermuda Premier, David Burt, and Brown to withdraw the legislation banning same-sex marriages in Bermuda.

Bryant, who admitted that he had been told to “butt out” in some of the messages he had received, told the Commons that there had been eight same-sex marriages in Bermuda and a further four banns published.

The final tally of same-sex marriages was unclear on Wednesday.

Under the legislation, the unions would apply to both same-sex and heterosexual couples. Same-sex couples, who have already tied the knot, would not have the designation taken away.

It follows a landmark decision by the Supreme Court in May 2017, when Puisne Judge, Charles-Etta Simmons, ruled that the island’s Registrar-General could not reject a gay couple’s application to marry in Bermuda.

The decision paved the way for same-sex marriage on the island, and the first same-sex couple made their vows at the Registry-General’s office, less than a month later.

The judgment was the result of a lawsuit brought by a gay couple, Winston Godwin, a Bermudian, and his Canadian partner, Greg DeRoche, against the Registrar-General’s decision to refuse to post their wedding banns. The pair eventually wed in Canada.

Responding to the Governor’s statement, Brown issued his own statement, saying “today, I am pleased to learn that (the Governor) has signed into assent the Domestic Partnership Act.

“With the introduction of the Domestic Partnership Act, Bermuda — an associate member of CARICOM — will be among the first English-speaking Caribbean islands to introduce and pass a law that provides legal recognition to same-sex couples.

“The Domestic Partnership Act permits any couple (heterosexual or homosexual) to enter into a domestic partnership and gives same-sex couples rights equivalent to those enjoyed by heterosexual married couples; rights that were not guaranteed before the passage of this act.

“The rights now guaranteed under the Domestic Partnership Act include: the right to inherit in the case of no will, the right to a partner’s pension(s), access to property rights, the right to make medical decisions on behalf of one’s partner and the right to live and work in Bermuda as the domestic partner of a Bermudian.”

Brown said that while the majority of Bermudians do not agree with same-sex marriage — as evidenced by the (2016) referendum — it is the government’s belief that this act addresses this position, while also complying with the European courts, by ensuring that recognition and protection for same sex couples are put in place.

“The act is intended to strike a fair balance between two currently irreconcilable groups in Bermuda, by restating that marriage must be between a male and a female while at the same time recognising and protecting the rights of same-sex couples.

“Same-sex couples already married under Bermuda law before the commencement date of this act will continue to be recognised as being married. Also, any overseas same-sex marriages taking place before and during the transitional period will also be capable of recognition as marriages in Bermuda.

“Bermuda will continue to live up to its well-earned reputation as a friendly and welcoming place, where all visitors, including LGBT (lesbian, gay, bisexual and transgender) visitors, will continue to enjoy our beauty, our warm hospitality and inclusive culture,” Brown added.