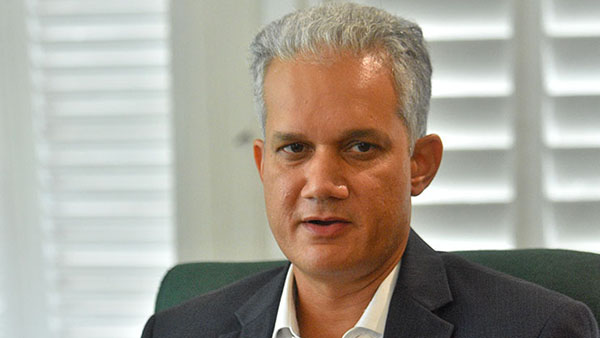 GEORGETOWN, Guyana, February 8, 2018 (CMC) – The government has distanced itself from comments, made yesterday, by Dr. Jan Mangal, the Presidential advisor on petroleum.

Mangal, the Petroleum Advisor to Guyana President, David Granger, in a presentation on Wednesday afternoon, criticised the controversial ExxonMobil contract, but stopped short of saying whether or not he would like to see it revised.

According Demerara Waves online, Mangal said he would make his views known in the coming weeks.

In a discussion on the government’s vision for the oil and gas sector, held at the University of Guyana, he also said that there is need to stimulate public debate, so that civil society and the wider Guyanese community could determine whether the contract is a good or bad deal.

Mangal also revealed that he has been behind efforts to have the contract reviewed by experts from the International Monetary Fund (IMF) and the Inter-American Development Bank (IDB).

He went on to caution against amending the contract because that could send a bad signal to investors, adding that the two percent royalty secured from ExxonMobil in the 2017 Production Sharing Agreement (PSA) was way below the globally-accepted norms of between 10 and 20 percent.

However, shortly after his presentation, the government, in a one line statement, expressed displeasure at the comments made.

“The Ministry of the Presidency puts on record that Dr. Jan Mangal, Presidential Advisor on Petroleum, is not authorised to speak on behalf of His Excellency, President David Granger, or the government of Guyana,” the statement said.

The contract with ExxonMobile has been repeatedly defended by Minister of Natural Resources, Raphael Trotman.

He said the contract takes into consideration the political, financial and border security-related risks associated with the Guyana-Venezuela boundary controversy.