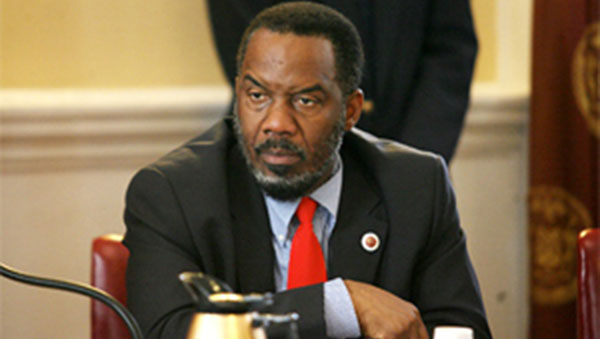 Dr. Kendall Stewart, a podiatrist and former New York City Councilman, has filed suit against the NYPD, claiming that one of his businesses has been unfairly targeted by the police.

Former City Councilman, Dr. Kendall Stewart, and his son, Omar, have both filed suit against the NYPD, as well as the city, claiming that their lounge, Cafe Omar, has been unfairly targeted by the NYPD.

Along with other nightlife business owners, the Stewarts claim that the NYPD routinely tries to shut down their operations and their events.

This is especially true, they said, right around the time of the West Indian Day Parade.

“It seems like they are targeting all of the West Indian clubs,” Dr. Stewart, a St. Vincent and the Grenadines national, told the New York Daily News. “They victimize you when you do anything. They’ll send a squad in there.”

He said for example, the NYPD shut down a planned event, in August 2016, without giving him any reason for the shutdown. Stewart said that the event had been sold out and that he had gone to the police precinct to try to work out a better way of communicating.

But when he talked to the police, they told him that he should just refrain from scheduling anything at all around the Labour Day weekend parade.

The lawsuit alleges that the “NYPD did not want any crimes in the jurisdiction of the 67th Precinct”.

But the NYPD said it has good reasons for coming to the Stewart’s place so often: there are plenty of noise and overcrowding complaints.

“The NYPD responds to locations, based on community complaints, including crime complaints and 311 and 911 calls,” NYPD spokesman, Lt. John Grimpel, said. “As you can see by the history of this establishment, it’s a problematic location.”

But the Stewarts believe that it’s racism, not noise complaints, that has the NYPD on their backs.

“The defendants did not treat white-owned businesses in the same manner as they treated the Caribbean-owned business,” the lawsuit states.