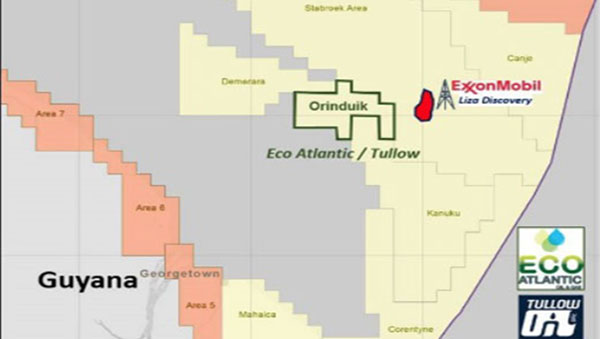 WorldOil.com reports that the acquisition is being affected via share purchase agreements, entered into between Eco Barbados and the minority shareholders of Eco Guyana.

The common shares, which will be issued to the minority shareholders, represent approximately one percent of the company’s share capital on a fully diluted basis.

The closing of the acquisition is conditional upon Toronto Stock Exchange (TSX) regulatory approval, and admission of the common shares to trading on the London Stock Exchange’s Alternative Investment Market AIM.

In connection with the acquisition, each minority shareholder has agreed not to dispose of more than one-third of their common shares, issued to them at closing of the acquisition, for a period of 90 days.

Application will be made for the admission to trading on AIM of the 1,700,384 common shares, issued to the minority shareholders, in conjunction with the acquisition of the Eco Guyana shares.

Admission to AIM is expected to take place on the morning of March 5.

Following admission, the issued share capital of the company will consist of 159,195,217 common shares.

This figure may be used by shareholders as the denominator for the calculations by which they will determine if they are required to notify their interest in, or a change to their interest in, the share capital of the company under the UK’s Financial Conduct Authority’s (FCA) Disclosure Guidance and Transparency Rules.