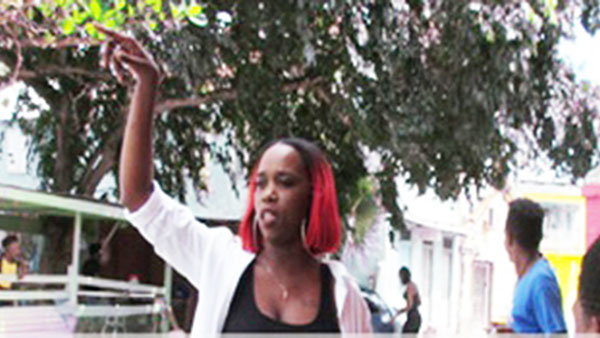 Sex Worker Gets Support In Bid For Seat In Barbados Parliament

BRIDGETOWN, Barbados, March 19, 2018 (CMC) – The Adult Industry Association (AIA) says it will support sex worker, Natalee “Natlee” Harewood, in her bid to win a seat in the Barbados parliament, when the general elections are held later this year.

Despite the legislative chamber being dissolved earlier this month, Prime Minister Freundel Stuart has not yet named a date for the general election, even though he has told supporters of his ruling Democratic Labour Party (DLP) that he will do so within the stipulated 90-day period.

The DLP is expected to face a strong challenge from the main opposition, Barbados Labour Party (BLP), for control of the 30 seat parliament. The DLP won the last general election in 2013 by a two-seat margin.

“I am going forward and I am trying to do my best to help the poor people in Barbados, and I am not turning back. Nothing beats a try. It was too much fake all these years. I am the real deal right now for my people. It isn’t no more lies.

“I am not a politician; I don’t know the first thing about politics, but I know Barbados is hard and my poor people want help, we want jobs. Too much crime in Barbados. Too much young people coming out on the streets to prostitute their bodies for money. We need help. That’s all I know,” said the sex-worker.

She has now gained the support of the AIA, whose president, Charles Lewis, said the organisation would be providing both moral and financial support to her.

“Our support is going to be a lot more tangible than just moral support, because my organization is prepared to start a fundraising campaign on her behalf,” Lewis told the online publication, Barbados TODAY.

Lewis told the publication that while many have questioned Harewood’s moral qualification to contest the elections, she was no less moral than most politicians.

“Natalee is clearly a concerned citizen, who happens to be a sex worker, and it is shameful that Bajans are using her profession to criticize her decision to run for office, yet they are prepared to vote for political prostitutes, who hide behind the walls of Parliament. These corrupt, self-serving bastards may not sell their bodies at Bush Hill but they certainly sell their souls for money.

“Hypothetically speaking, I would prefer to be represented by a prostitute, who genuinely has my interest at heart, than corrupt politicians, whose lack in leadership has brought this country to its knees. In particular, politicians whose local and offshore accounts, collectively, have more money than the national treasury, and whose cars, individually, are worth more than my house,” Lewis told Barbados TODAY.