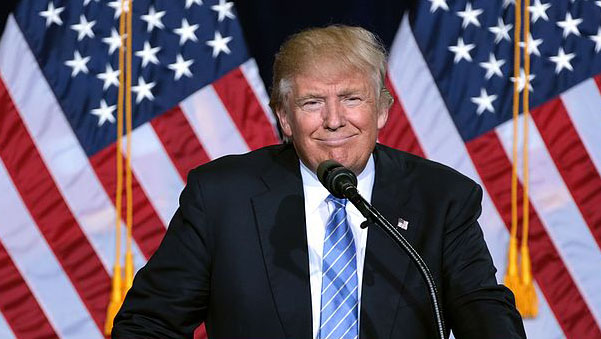 On March 8, Trump signed a proclamation to raise tariffs of steel by 25% and aluminium by 10%.

It sent shockwaves across the world, not only because of the losses to metal exporters, but due to what it could well signify: the start of a global trade war, causing economic disruption in many countries, and that may also damage, if not destroy, the multilateral trade system.

The United States, joined by Europe, has been the anchor of the global, free trade system, ever since the end of the Second World War. In practice this rhetoric of free trade was hypocritical, because the developed countries continue to practise very high protection of their agriculture sector, which cannot compete with many developing countries if there really was “free trade”.

Moreover, the developed countries introduced, and continue to champion, mandatory high intellectual property rights standards through an agreement in the World Trade Organisation (WTO), under which their companies create monopolies, set high prices and make excessive profits. This is against the free competition touted by free-trade advocates.

In manufactures and metals, the developed countries have pressed the others to join them in cutting or removing tariffs and expand trade, through negotiations in the WTO and its predecessor the GATT (General Agreement on Tariffs and Trade).

They have argued that poorer countries can best grow richer by cutting their tariffs, which would benefit their consumers and force their producers to become more efficient.

Trump’s move upends the ideology of free trade.  If cheaper imports displace local steel and aluminium producers, they must be stopped because a country must make its own key products, according to the Trump philosophy of America First.

Since the United States has been the flag-bearer of the free-trade religion, this has profound effects on other countries.  If the leader has changed its mind and now believes in protecting its industries, so too can other countries.  The basis for liberal trade is destroyed and the old rationale for protectionism is revived.

The WTO rules allow countries adversely affected by imports to take certain measures, but they have to prove that the producers of exporting countries unfairly receive subsidies, or that they set lower prices for their exports compared to the same goods sold domestically.  Or they can take “safeguard” measures of raising tariffs if they can show that domestic firms have been adversely affected, but only for a limited period to help affected local producers to adjust.

Trump however made use of a little-used national security clause (Section 232) in the U.S. trade laws to justify his big jump in steel and aluminium tariffs. The clause allows the President to take trade action to defend national security. The WTO also has a security exception in GATT Article XXI but it has also been rarely if ever used by countries to justify tariff increases.

What constitutes national security is not clearly spelt out either in the US or the WTO laws and because of the ambiguity and lack of clarity, this clause can be abused. The US and other countries can claim it is imposing higher import duties because it is necessary to protect their national security, but in reality this could be a disguise or excuse to protect their economies from other countries’ more efficient producers.

The Trump administration tried to justify invoking the security factor by saying steel and aluminium are needed to make tanks, fighter planes and other weapons of war.  But this was undercut by giving exemptions from the increased duties to Canada and Mexico due to their membership of NAFTA, a trade agreement that includes the United States. These exemptions for reasons unrelated to security exposes the security rationale as fake.

Other countries are angry and preparing to retaliate. The European Union has drawn up a list of American products on which its countries will raise tariffs.  China warned it would make an appropriate and necessary response.

At the WTO General Council on 8 March, the United States action was attacked. Many countries condemned the US measures being unilateral and for misusing the national security rationale.  Canada said the security issue “may be opening a Pandora’s Box we would not be able to close.”

Brazil expressed deep concern about an elastic or broad application of the national security exception.  India said the national security exception under GATT should not be misused and unilateral measures have no place in the trade system. China argued the over-protected domestic industry will never be able to serve its problems through protectionism.

Many WTO member states will most likely take the US to a dispute panel, and how it will rule will have strong consequences.   If it rules for the US, then other countries will view it as allowing all countries to take protectionist measures on the same ground of national security.

If it rules against the US, it will embolden the anti-liberal trade faction in the Trump administration and strengthen their argument that the US should ignore or even leave the WTO.  The US would then be much more unrestrained to undertake further protectionist measures.

In either case, there is a danger that the rest of the world, or significant parts of it, would also feel they should not be constrained by WTO’s general trade rules.  Over time, trade protectionism would gain ground.

The next big protectionist move from the US may come in a few weeks when Trump decides what action, if any, to take against China after considering a report on China’s trade and intellectual property practices issued by the Commerce Department.

That will escalate the trade war that is already on the way.

Martin Khor is Executive Director of the South Centre, a think tank for developing countries, based in Geneva.