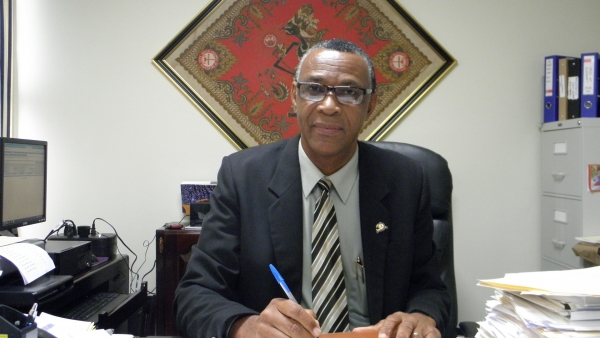 Byron Farquharson is the General Secretary of the Jamaica Teachers Association (JTA) that had accused the government of engaging in “union busting” strategies.

The Jamaica Teachers Association (JTA) General Secretary, Byron Farquharson, speaking on a radio program, here, today, said that the union’s decision came as a result of the Ministry of Finance officially writing to the JTA, requesting that the payment be treated as an advance of payment.

The teachers will be paid the retroactive amounts next week. The five percent increase will cover the first year of the proposed four-year deal.

The Andrew Holness government had originally offered a six percent salary increase for the 2017-2018 period and, despite the teachers rejecting the offer, the government said it was going ahead to make the payments at the end of this month.

The JTA had accused the government of engaging in “union busting” strategies and insisted it “has not agreed to any such payment plan”.

The public school teachers have rejected a 16 percent wage increase, over a four year-period, from the government, amid speculation that they could embark upon island-wide industrial action in support of their demands.

The teachers are asking that instead of a four-year agreement, the authorities revert to two years and, in addition, they want the special allowance of protective clothing be increased to $20,000 per annum, up from the current J$18,504.

They also want teachers to be paid J$2,500 to mark research papers and J$2,000, per student, for supervising teaching practice. The government has already rejected both demands.

Last week, the teachers staged a three-day strike in support of their demands.