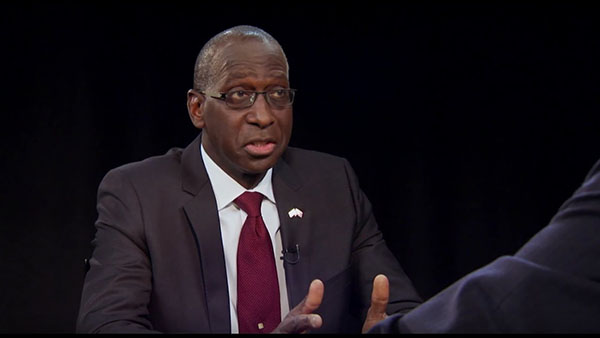 WASHINGTON, District of Columbia March 28, 2018 (CMC) – Trinidad and Tobago has blanked support for hurricane-ravaged Dominica, that was seeking to get a waiver on its assessed quota contribution to the Organization of American States (OAS), for the 2018-2019 period.

Trinidad and Tobago’s Ambassador to the OAS, Anthony Phillip Spencer, said despite the “goodwill” expressed by the other delegations, including those from the Caribbean Community (CARICOM), his country would not support the waiver, adding that Port of Spain would, instead, consider supporting either the “deferral of payments of contributions by member states and, where possible, the implementation of a payment plan”.

Dominica is recovering from the destruction, caused by the passage of Hurricane Maria on September 18 last year, and the island had gone to the OAS meeting, here, last week, urging member countries to approve of the waiver.

The island’s alternate representative to the hemispheric body, Judith-Anne Rolle, told the Special Meeting of the Permanent Council on March 23, that the post-disaster assessment situation in Dominica, undertaken in collaboration with a number of regional and international organisations, including the World Bank and the Barbados-based Caribbean Development Bank (CDB), had painted a very dismal picture of the island.

“The post-disaster needs assessment also concluded that Hurricane Maria resulted in total damages of US$931 million and losses of US$382 million to the productive, social, infrastructure and cross-cutting sectors, amounting to 226 percent of the GDP (Gross Domestic Product) of 2016,” she told the meeting.

She said the cost, associated with the reconstruction of the country, had been estimated at more than US$1.3 billion, recalling the words of Prime Minister Roosevelt Skerrit that “we have lost all that money can buy…and we would need help of all kinds”.

The diplomat said that every sector of the Dominican economy had been impacted by the hurricane, a category 5 storm, with the greatest loss being recorded within the agricultural sector at 33 percent, followed by the tourism sector at 19 percent.

She said that in assessing its international obligations, Dominica has identified as “a mitigating measure, waiver facilities of its annual contributions over a specified period, to address its commitment to international organisations.

“It is in this regard that we have forwarded a request for a full waiver of quota contributions, assessed the Commonwealth of Dominica for the years 2018 and 2019, for consideration and approval of this Council. 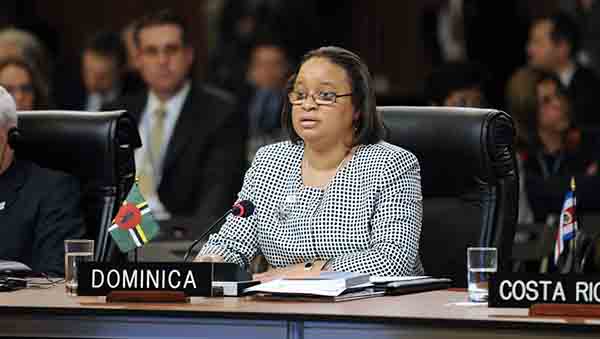 But Spencer told the meeting that while “Trinidad and Tobago would like to reiterate solidarity with all member states that have been …impacted by Hurricanes Irma, Maria and the other devastating storms…in the last hurricane season”, his country is aware of the situation, having been among the early responders to Dominica’s pleas for assistance.

“Trinidad and Tobago has had itself, to explicitly express a position that it is unable to facilitate any increase in its own assessed contributions. Given the explanations provided by the chair of the CAP, this delegation must advice distinguished colleagues that at other multilateral fora in the hemisphere, Trinidad and Tobago has had to explicitly state its concerns for the overall impact of adjustments in the established arrangements for payment of quota contributions.

“In doing so, Trinidad and Tobago has offered the proposal, the opportunity, the option for consideration of the deferral of payments of contributions by member states and, where possible, the implementation of a payment plan, subject to review, of course given that you never know how long adjustment and capacity to return to the normal arrangements…,” Spencer said.

He told the OAS meeting that “in those circumstances…Trinidad and Tobago would wish to offer its express reservations again here, without prejudice at all for the concerns we share with all member states, for the very dire circumstance in which our own sister CARICOM state currently is”.

The Trinidad and Tobago diplomat said that recognising there is a commitment of all member states, including Dominica “once it is within its capacity to do so, to fulfil its responsibilities for the payment of its assessed quota of contributions”.