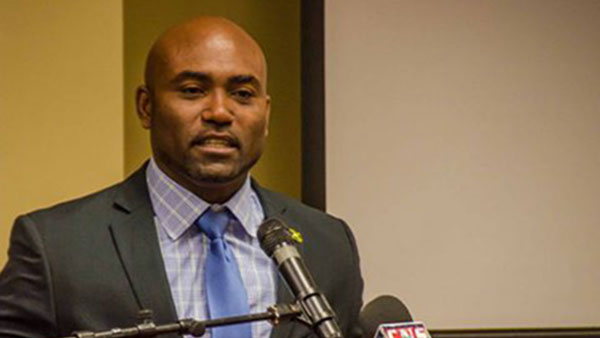 KINGSTON, Jamaica, March 31, 2018 (CMC) – The Jamaica government has started the process to revoke the licence issued to telecommunications firm, Symbiote, which operates as Caricel Jamaica.

Science, Energy and Technology Minister, Dr. Andrew Wheatley, said this follows the entity’s failure to comply with all of the stipulated conditions attached to its Domestic Mobile Spectrum Licence.

“I have written to the principals of Symbiote, indicating that I’m in receipt of a recommendation from the Office of Utilities Regulation (OUR) and, as such, I’m proceeding with the revocation.

“There were a number of conditions that they breached (which) at one point…. was a matter of outstanding fees… and, as such, the OUR recommended that we proceed to revoke the licence,” he said.

Wheatley was responding to questions, posed by Opposition spokesperson on Technology, Julian Robinson, in the House of Representatives earlier this week.

Media reports, in February, had indicated that the operations of Caricel had been acquired by South Africa’s Involution Limited, under a sale agreement negotiated in October 2017.

The move triggered concerns from the then Office of the Contractor General, which noted that, in order for the company to sell controlling shares, it must first receive the approval of the minister, as dictated by the Telecommunications Act.

Wheatley has also indicated that no ministerial approvals have been granted for any of the licences, awarded to Symbiote, to be transferred to their new owners.

He said he was unable to confirm whether the firm has been sold to an entity named Involution Limited.

He added, however, that he was advised, by letter dated August 12, 2017, that Symbiote’s shareholders had, in principle, arrived at a decision to divest their interests in the company to a South Africa-based telecommunications company, Institution IX.

Wheatley further said that Symbiote, by a letter dated October 4, 2017, requested approval pursuant to section 17 (2) of the Telecommunications Act, to transfer operations of its control to Involution.

He said Symbiote explained, in the letter, that the transfer would be way of sale of a percentage of its issued share capital.