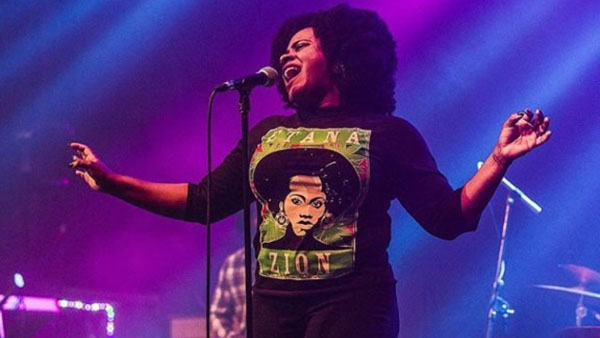 History-making reggae singer, Etana, aka "the strong one" performs at a recent concert. Photo credit: ThePier.org.

KINGSTON, Jamaica April 10, 2018 — On the heels of a memorable and successful tour on twice-Grammy-nominated artist, JBoog’s “L.O.E” (Love Over Everything) 2018 Tour, international reggae star, Etana, released her highly-anticipated “Reggae Forever” album, to rave reviews from the music industry and fans alike.

Deemed by some, to become a classic performer, the soulful songstress has now made history as the first female to top Billboard’s reggae chart with back-to-back albums. Topping Billboard Reggae Chart at Number One, the 14-track “Reggae Forever” album has become an instant success and fans, from all over the world, have rewarded the songstress with praises — and sales.

From Kenya to St. Lucia, Canada to Japan, Etana’s dedicated fans have shared, throughout social media, their favorite songs and translated their love through supporting and carrying on her message of “Reggae Forever“.

Speaking of her historic achievement, Etana stated, “I met a lot of people, who said they never heard of me before, but they are now my fans. I also saw a lot of people I’ve seen before at other shows years ago, and some following the tour along to four and five shows. People walk up to me and say how far they have flown from, or driven sometimes more than five hours, to see me.

“It’s sometimes overwhelming to hear the stories and see the love that so many people have for the music and for me as an artist and, I just want to say thank you, for all your love, and I love you even more.” 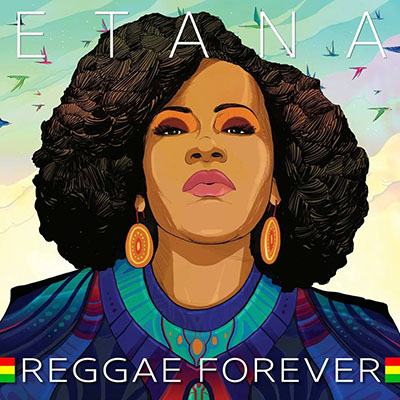 While Etana’s vintage style of socially-conscious reggae seems like a reaction to all the sex and violence in dancehall reggae, her journey back to roots music began as a reaction to the hedonistic side of R&B.

Born in Kingston, Jamaica, Etana — a Swahili name for “the strong one” — was still known as Shauna McKenzie, and living in Florida, when she left the nursing program she was attending at college to join the R&B group, Gift.

Signed to a major label, the band was shooting its first, big-budget video, but Etana was troubled by the lingerie outfits they were required to wear and walked away from the group, with plans to return to her homeland to open an Internet café.

Back in Jamaica, the call of music was too strong, and she soon joined Richie Spice’s group as a backup singer. In 2007, she recorded the track, “Wrong Address”, with some other members of Spice’s group and it quickly rose to number one on the Jamaican charts.

The track landed on Etana’s debut album, the 2008 VP Records release, “The Strong One”, which also featured the hits, “I Am Not Afraid” and “Roots.”

In 2011, she returned with the single “People Talk”, along with the album “Free Expressions”.

“Thank you for listening, streaming and for purchasing the album,” Etana said in response to the success of her recent album.

“Thank you for coming to the shows and thank you for making me number one again on another album and for two weeks in a row. You’re amazing. Thanks to everyone who worked on this album, in and out the studio, I appreciate all of your efforts, hard work, and passion.”

“Reggae Forever“ is now available on iTunes, Amazon and GooglePlay at smarturl.it/reggaeforever