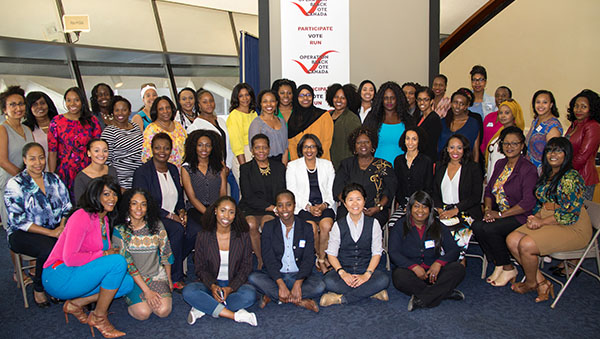 Putting Respect In Effect: Blacks Should Respect Themselves And Community Members

Once upon a very long time, Blacks respected each other. They were our grandparents, great grandparents or even further back than that. And today, although there are some of us who respect ourselves and each other, yet there is still something terribly amiss.

The effects of slavery programming and brainwashing are no longer acceptable excuses for the blatant disrespect that our people repeatedly show towards each other. Blacks, as a whole, expect less of ourselves and each other than we do of other ethnic groups.

We expect to be on colored people’s time when we have to be somewhere, and we are outraged when white folks talk and treat our people the same way we treat each other.

Plainly put, respect has been lost. Respect begins in the mirror, for when you respect yourself, it shows in how you dress, act and react.

Guys, when you respect yourself, you know to pull up your pants without having to be told, and always be there for your children. Girls, when you respect yourself, you know not to dress like Kim “Kartrashian” or Nikki “Mirage”, because nowhere on God’s green acre, do you have to show everything you have to everybody and everything that sports a pair of eyes.

Self – respect demands respect, and by the same token, when you disrespect yourself and our people, it sets the tone that other races or ethnic groups follow suit, although they should be held accountable as well.

Has any thought been given as to why some white police officers believe they can get away with abusing and killing Blacks? They see certain behaviors in us.

Plainly and clearly put, when we respect ourselves and each other, it will send a strong message and signal to every race, color, creed or national origin that we will not tolerate an atom of disrespect.

Until such time, we are more a part of the problem than the solution.

There is a lesson to learnt from the LGBTQ community or the Muslims of the Middle East (not that I am promoting them), but as a group, they do not tolerate disrespect, period. When we respect ourselves and each other, we can demand respect from the police and the courts – and get it.

We must also be careful in trying to impress other races or ethnic groups by putting down one of our own. Do not think that by so doing, you will be favorably thought of by the other ethnic group.

During World War 11, some Germans escaped to Russia and furnished the Russian government with information about Hitler’s plans. After listening, the Russians then executed the German defectors. They knew, for a fact, that they could never place trust, and have confidence in, those who would turn on their own kind. A simple point in question: if you will turn on your own kind, other groups know that you will do likewise with them, just as easy, and at less than the snap of a finger—therefore you cannot be trusted.

Also, as people of African ancestry, we must do better in business towards each other. If you are a Black business owner, please do not sell junk to our people or price-gouge them. Also, as customers, we must strive to handle disagreements with the utmost of respect—not by getting loud, rambunctious or behaving as if you have lost your mind.

It is amazing how negative programming can continue to make us work against each other. Let us strive to treat others, especially our own people, the way we want to be treated. It has been called the Golden Rule — to do unto others the way you would have them do towards you, but far too many of our people still do not get it. If you mistreat people, it will come back to you.

Another unsettling thing that I have noticed is, so many cases where Blacks will not sit next to each other on the transit system. They will leave an obvious seat vacant and stand up instead. How sad! At the same time I also notice white folks, Asians and Indians sitting where ever there is an available seat.

Now more than ever before, we see more Black men trying to date white women. Likewise, we see more Black females dating white men and putting down Black men, than ever before. One should be able to date whomsoever you want, but not for whatever reason you want. If you are dating a person of another race or ethnicity because you are shunning your own race, then right there lies a problem.

Before we can expect any other race or ethnic group to respect us, our people must set the tone by respecting our own. Respect has to begin in the mirror or we will have none to give to anyone else; it has to be given in our churches, schools, homes, neighborhoods and black-owned businesses.

We cannot afford to hustle each other, overprice our products and services, provide inferior customer service or fail to stand by what we offer.

My intended message herein is quite simple: respect yourself, respect our people and do not tolerate when any other race or ethnic group fail to do so. Then and only then, will it show, as we grow and onwards go.