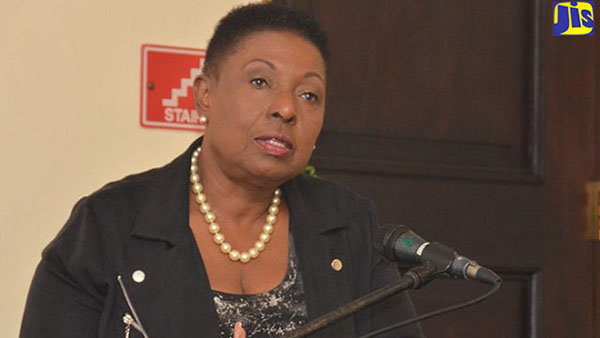 KINGSTON, Jamaica, April 26, 2018 (CMC) – The police, in the western parish of Hanover, have held a 60-year-old man, who went on a rampage, yesterday, killing his ex-girlfriend, who was eight months pregnant, and her two daughters.

The police report that, shortly after 7:00 am (local time), Adanique Cunningham, 39, went to the home of her ex-boyfriend, where her daughters, Jayanna Coote,7, and Shanique Coote, 4, lived.

An argument reportedly developed between Cunningham and her ex, who was also the father of her unborn child.

Residents told the police that the man, whose name has not been disclosed, was seen chasing Cunningham with a machete.

He reportedly chopped her several times and then turned the weapon on his children, inflicting several wounds.

The man was accosted by residents and later handed over to the police.

In the aftermath of the tragedy, Minister of Culture, Gender, Entertainment and Sport, Olivia Grange, condemned the deadly attack, saying that it was a “tragedy” and a “most horrific case of gender-based violence, which I condemn, in the strongest sense of the word”.

According to Grange, this latest incident brings into focus the importance of efforts to eliminate gender-based violence, and to transform the ways, in which we bring about a change in how women are perceived.

“Governmental action is vital, to prevent and end gender violence, but success requires people speaking up. I note that the police have made an arrest in this case, and I encourage anyone, with any information that can assist in this case, to make a report to the police,” she said.