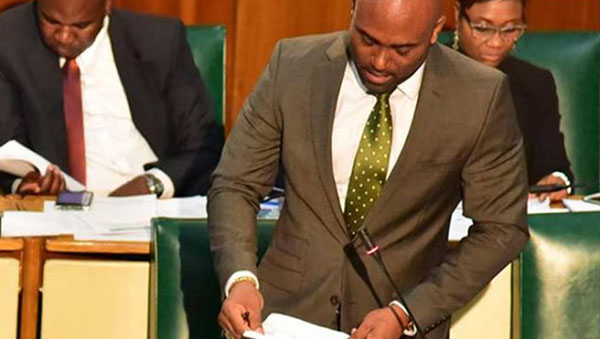 Science, Energy and Technology Minister, Dr. Andrew Wheatley (standing), reads a statement in the House of Representatives, on April 24 on the government’s efforts to reacquire the 49 percent shareholding of PDV Caribe in Petrojam. Seated at left is State Minister in the Labour and Social Security Ministry, Zavia Mayne, and at right is St. Andrew West Rural Member of Parliament, Juliet Cuthbert Flynn. Photo credit: Donald De La Haye/JIS.

KINGSTON, Jamaica, April 26, 2018 (CMC) – Science, Energy and Technology Minister, Dr. Andrew Wheatley, says plans are underway for the installation of a Vacuum Distillation Unit (VDU), which is the first phase in the upgrading of the government’s Petrojam refinery.

“We have signed off on the Engineering, Procurement and Construction (EPC) contract to do the VDU,” Wheatley told the Jamaica Information Service (JIS), in an interview, earlier this week.

Vacuum distillation is part of the oil-refining process, which will help to produce petroleum products, out of the heavier oils, left over from atmospheric distillation. 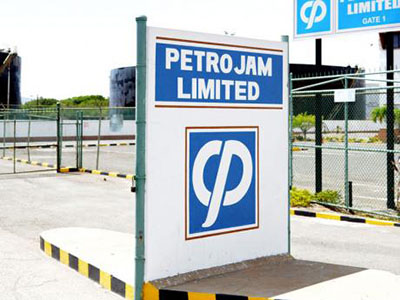 The quality fuel — produced from the VDU, which significantly reduces sulphur content — will be used for the bunkering industry, which is now a stipulation under International Maritime Organization (IMO) guidelines.

The VDU will also facilitate the production of asphalt.

“In January 2020, there will be a new (IMO) specification out, as it relates to the type of fuel used, and it is part of an effort to reduce environmental pollution,” he explained.

Wheatley said that several countries in the European Union have already adopted the IMO standards, and for “Jamaica to be compliant, the refinery has to be in a position to supply fuel, of that standard, for the marine industry”.

The Energy Minister told parliament that funds totaling US$100 million, which have been earmarked for the first phase of the upgrade of the refinery, is with the Petroleum Corporation of Jamaica (PCJ).

“There is a small window to complete the project in time to meet the deadline, which is January 2020. It is important to be able to provide bunker fuel, which should be of a certain quality, as it relates to sulphur content, to be able to supply cruise and cargo ships that use Jamaica as a transshipment point,” he said.

Meanwhile, providing updates on the government’s efforts to reacquire the 49 percent shareholding of Venezuelan oil company, PDV Caribe, in Petrojam, Wheatley informed that emails have been sent to the entity, enquiring about the taxation implications, should they accept Jamaica’s offer of reacquisition.

“The necessary stakeholder consultations were conducted with Tax Administration Jamaica and the Ministry of Finance and the Public Service and a response, duly provided to PDV Caribe on April 17. It is our understanding that PDV Caribe’s legal team is examining our response, and we will press for a response in short order,” he said.