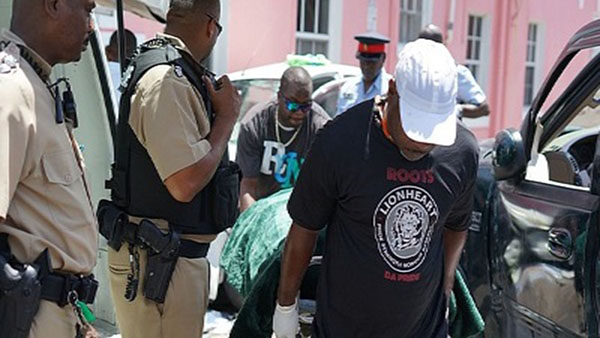 Four Killed, Several Others Injured, As Truck Slams Into Labour Day Parade In The Bahamas

Eyewitnesses said the unoccupied truck rolled down the street, hitting several people as it picked up speed. It later crashed into another vehicle, pinning an individual between the two vehicles.

Video pictures of the accident show people screaming for someone to move the truck.

Police said two women died at the scene and two others died in hospital.

Assistant Commissioner of Police, Kendal Strachan, said the vehicle rolled on, after the driver, who is assisting in the investigations, came out of the vehicle.

“ … it went forward, colliding first with a child along the side of the street, then descending the hill, continuing north and running into several persons, who were participating in the Labour Day parade, along the eastern side of East Street, coming to rest against a Nissan Micra and the building, just at that intersection,” he said.

Labour Minister, Dion Foulkes, told a news conference that “this is a difficult thing”.

“A parade of that nature is normally stop and go, at not more than five mph (for vehicles). Constantly on these parades you would find police officers asking persons, who are on the vehicles, to be properly seated within the vehicles. Yes there are large trucks on the parade where persons are standing, but we don’t want to see persons hanging off the side of the vehicle,” he added.

He said the incident sent shockwaves throughout the country, but also showcased quick and effective work from health professionals, who worked to prevent a rise in the death toll.

“Today is an extremely sad day for the Commonwealth of the Bahamas,” said Health Minister, Dr Duane Sands.

“Having endured such a tragic incident, the one thing I can say is, from the time of the incident, doctors and nurses responded, even in their grief, to care for the victims. The EMS staff, nursing staff, physicians at PMH made their country proud today, and they provided care with a level of professionalism,” he added.

The parade was cancelled, following the incident.