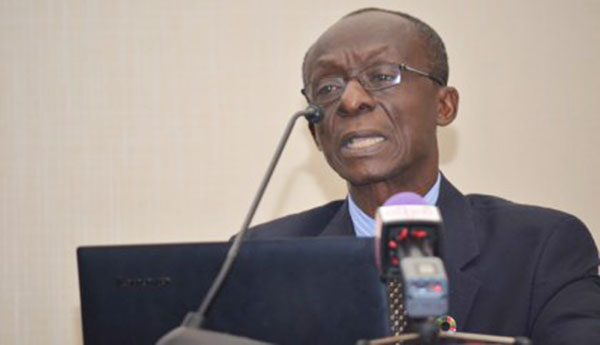 “We see Guyanese cases falling from 45,000 (infected) every year to a mere 11,000, so it gives me hope that we can actually eliminate malaria with time. Barbados has done it, so we should be able to,” PAHO/WHO country representative, Dr. William Adu-Krow, told reporters.

He made reference to the mosquito-borne disease as part of the continued push, by the PAHO/WHO, to tackle the big three major communicable diseases in Guyana — the other two being Human Immunodeficiency Virus (HIV) that can lead to AIDS, and tuberculosis.

But while the country is reporting a decline in malaria cases, the situation is less encouraging for HIV. While its prevalence had been decreasing to a low of 1900 people taking anti-retroviral therapy in 2006, recent data shows an increase in new cases.

“All of a sudden, new cases are arising, which means people are just tired about hearing of HIV and they think it is no longer an issue, but it is still an issue and we have to do something about it,” Dr. Adu-Krow said.

Statistics provided by Global Fund indicate that the number of people placed on anti-retroviral treatment for HIV increased from 3,800 in 2012 to 4,800 in 2016.

The PAHO/WHO official said this is also the most expensive of all the diseases, since the advent of multi-drug resistant strains.

“We are getting more and more people getting to what we call resistant TB. Those cases are very difficult to treat, and not only that, it costs about ten times more to treat those cases.”

Multi-drug resistant TB cases develop when the bacteria that cause tuberculosis (TB) can withstand the effect of the drugs. This has become due to infected people not taking the full complement of medication.