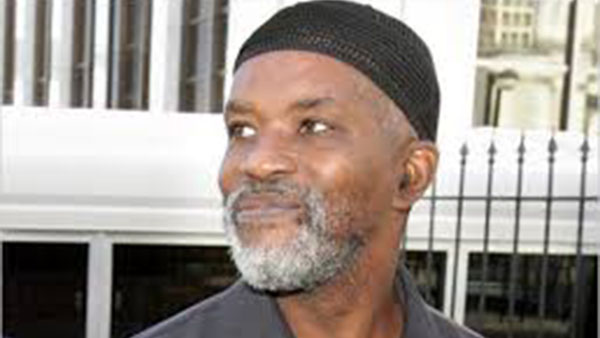 Abdul Kadir served the People’s National Congress as a Member of Parliament for one term, and before that, was the Mayor of Linden.

Former Guyana MP, Convicted Of Terrorism, Dies In US Prison

NEW YORK, New York June 28, 2018 (CMC) – Former Guyana Member of Parliament, Abdul Kadir, who was sentenced to life imprisonment on a conviction of conspiring to commit a terrorist attack at New York’s JFK airport, nearly a decade ago, died in a prison in the United States, today.

Kadir, who also served as Mayor of Linden, was in his mid 60’s.

According to News Source online, family members in Guyana were informed of Kadir’s death, when they received a call from authorities in the US. It’s reported that he fell ill, early Thursday, and was taken to the prison’s medical facility, where he died.

Kadir was convicted and sentenced in the United States in 2010, along with three other elderly men, for plotting to blow up gas pipelines at the JFK Airport. Throughout his trial, and even after being convicted, he maintained his innocence and repeatedly said he was wrongly accused and wrongfully convicted.

The US government had used the services of a drug convict informant as its key witness during the trial.  The man had been sent to Guyana and met with members of the Muslim community in Guyana and Trinidad.

Kadir was reportedly approached by the man about his engineering experience, and he, along with three other men, were arrested in Trinidad and Tobago and extradited to the United States, where they faced trial in New York.

During an interview, from behind bars in Trinidad before his extradition, Kadir declared his innocence and said he was never part of any plot to cause harm to the United States or its people. At the time, he said he was “set up”, because of his Muslim faith and the global war against the Islamic faith at the time, following several terrorist attacks.

While on trial in New York, Kadir again declared his innocence, but US Prosecutors used his visits, to Iran and other Muslim states, against him. During the trial, audio recordings of conversations he had with the informant were also used.

Prior to his arrest in Trinidad and Tobago and conviction in the United States, Kadir served the People’s National Congress as a Member of Parliament for one term. Before that, he served as the Mayor of Linden, where he had worked for several years as a civil engineer.