New in Pride
Home / National News / The Problem With Blackface 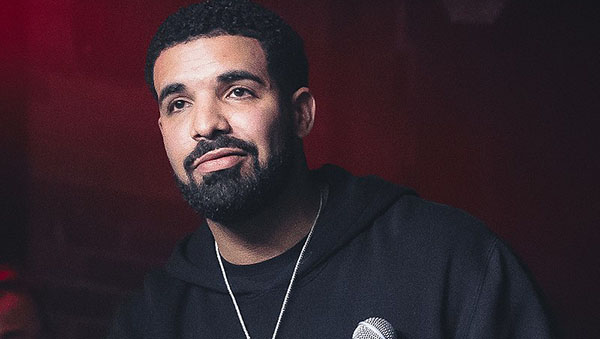 Drake seen performing at the Velvet Underground on August 24, 2017. A recent battle between Drake and Pusha-T brought the issue of blackface back into the headlines. Photo credit: Anton Mak (This photo is licensed under the Creative Commons Attribution 2.0 Generic license.

The Problem With Blackface

The recent contentious debate between rappers Drake and Pusha-T has once again brought blackface to people’s minds. Pusha-T, who on June 8 declared the battle officially over, had circulated an old photograph he found of Drake in blackface.

Many of the usual questions were asked on social media as if new: “What’s so wrong with blackface?” “Does it still matter — 150 years after the heyday of blackface minstrelsy?” “Weren’t minstrel shows American and so irrelevant in Canada?” “Can blackface be racist if a Black person is involved?”

In an age of instant information access, it is difficult to accept that these questions are being asked innocently. This article responds to these questions that subtly justify blackface.

Blackface is the practice of non-Black people darkening their skin in deliberate attempts to impersonate Black people.

Though blackface has a history that is likely as old as transatlantic slavery, it exploded as a form of racist white entertainment in the United States in the 1820s, with the first minstrel shows.

Minstrel performers, pretending to be Black, engaged in borrowed and bastardized forms of Black music and dance to entertain their audiences. By the 1850s, Black minstrel troupes emerged and Black performers performed in blackface in fraught attempts to re-appropriate their cultural forms and profit from them as their white counterparts did.

Blackface minstrelsy continued into the mid-1900s, losing popularity during the Civil Rights Movement in the United States. However, the practice of blackface never, in fact, ceased in Canada, the United States or beyond.

Rather, both professional and private performances in blackface have continued since. The most popular form in the present occurs on university campuses, often during Halloween and at campus events for students.

When blackface occurs in Canada, a frequent response is that it is a U.S. phenomenon. Although blackface minstrelsy may have originated in the U.S., it was also wildly popular in Canada. Not only did U.S. minstrel troupes travel to Canada to perform blackface to full houses, but there were also several Canadian minstrel troupes who did their own rounds of the U.S. and Canada.

An obvious problem with blackface is its representational violence — the way in which it openly ridicules Black people.

In Blackface minstrelsy, performers used burnt cork or shoe polish to paint their skins completely black, leaving wide areas around the mouth that would variously be left uncovered, or painted red or white giving the appearance of oversized lips.

Overall, the makeup was a deliberate attempt to disdainfully represent Black people as outlandish. Once in blackface, minstrels would use exaggerated accents, malapropisms, awkward movements and garish attire to further ridicule Black people.

Minstrelsy depended on, and produced, stereotypical portrayals of Black life. Recent blackface incidents in Canada have depended on disparaging stereotypes.

So it is clear that in both the past and present, blackface engages in representational violence by drawing on antiblack stereotypes.

Dehumanizing through the echoes of slavery

As egregious as the representational violence of blackface is, this is not the only or even the most important reason that blackface is antiblack.

We live in the “afterlife of slavery,” as Prof. Saidiyah Hartman’s famously wrote. In other words, Black life today continues to be entangled in social relations that are extensions of the antiblack relations of slavery.

These relations attempt to place Black life outside the realm of the human (as philosopher Sylvia Wynter argues), as life that therefore need not be afforded human dignity, and as property. These relations subject Black people to profound violence. This is as true in Canada as it is in U.S. and the rest of the world, as Robin Maynard’s recent book Policing Black Lives has so adeptly argued.

The much more central issue with blackface, then, is the way in which it reinscribes these relations.

First, the very need to use garish make-up as part of the process of portraying Black people reveals an attempt to establish an essential difference between Black and white people.

It draws on the logic of biological racism, which argued that the physical features of Africans were visible evidence that Black people were inferior to white people on a presumed evolutionary hierarchy, and therefore that they could justifiably be enslaved.

Today’s blackface wearers may claim they don’t believe in the biological inferiority of Black people, but their insistence on dark makeup in these portrayals, especially since the makeup job is usually deliberately unrealistic, is evidence of their ongoing, racist over-assessment of the significance of skin colour differences. In this way, blackface is dehumanizing.

Second, blackface reinscribes the relations of slavery in the ways that it involves the putting on and taking off of blackness. It makes the Black body property to be appropriated and discarded at will.

This is exactly what African American abolitionist Frederick Douglass meant when he said that Blackface minstrels were, in his opinion, “the filthy scum of white society, who have stolen from us a complexion denied them by nature, in which to make money, and pander to the corrupt taste of their white fellow citizens.”

By impersonating Black people, their dress, their music and their dance (however bastardized), white performers were able to make money doing the things that Black people themselves were unable to make a living doing. Even when Black minstrel troupes emerged, they were not paid as well as white minstrels.

Nowadays, this economic inequality is evident wherever production companies opt to use white characters in blackface to play Black people rather than hire Black actors.

The third problem with blackface is the way that it depends on the disturbing relationships among white pleasure, domination, and the ridicule of Black people established during slavery.

In her book Scenes of Subjection, Saidiyah Hartman demonstrates that white pleasure during slavery was achieved by forcing Black people to act merry for the entertainment of white people, with no regard for themselves.

This historical relationship resulted in the emergence of minstrelsy, with all its antiblackness, as the first purportedly “American” form of popular culture. The relationship between white pleasure and the Black body is rehearsed in blackface today, which almost exclusively occurs in contexts of fun and pleasure.

My own research has found that contemporary blackface in Canada intensifies social pleasure for blackface wearers and their audiences precisely because of the ways that it pushes the limits of acceptable racial discourse. Heightening this effect is the way in which blackface is practised despite Black objection.

In Canada, municipal records tell us that Black communities in Toronto appealed repeatedly to the government to halt the practice of minstrelsy in the city. As Canadian theatre scholar Stephen Johnson has pointed out, these appeals were largely ignored despite the threat of violence toward Black people that minstrelsy performances brought.

The manner in which blackface continues with impunity today despite the loud protests of Black people historically and in the present further demonstrates its antiblack disregard of Black opinion on the racial matters that primarily affect them.

With all this antiblack baggage in tow, we come to the question about whether blackface can be other than racist when Black people wear it, and whether it can be used to make any kind of antiracist statement.

In response, I draw our attention again to Black minstrels. Not only were they unable to profit from minstrelsy to the extent that whites did, but in their shows, they were forced to participate generally in the ridicule of Black people for the pleasure of white audiences.

My research has shown a similar effect in the present. Research interviews I have conducted with Black students who have worn blackface or otherwise participated in campus blackface incidents have demonstrated that they did so to win the approval of their white peers.

This approval, however, is achieved only by co-operating in the deprecation of blackness, creating a no-win situation for the Black person who must sacrifice their dignity in order to be accepted.

So, as heavily invested with antiblackness as blackface is, I have difficulty understanding how it can become an antiracist statement under any circumstances. For me, antiblackness simply cannot be repurposed for antiracist ends. 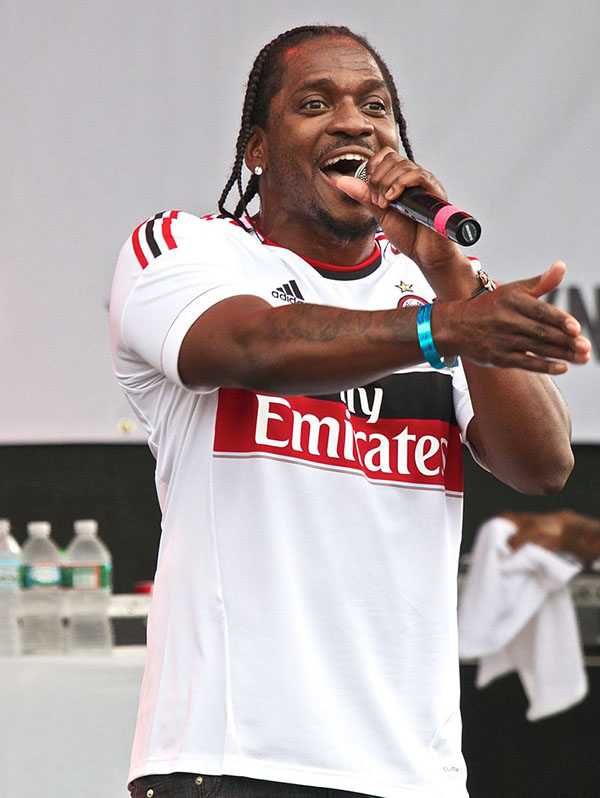 Going back to the public battle that sparked this article, my opinion is that Drake’s use of blackface, whatever the intention, was at best misguided, and builds, even if unintentionally, on an antiblack foundation.

In my opinion, the only way that a Black person wearing blackface could even remotely be read as a protest about Black actors “struggling to get roles, being stereotyped and type cast” is if blackface was a past phenomenon, unanimously acknowledged as racist, to which the current dilemma was being compared.

But as antiblackness, and blackface itself, are ongoing, it is impossible to wear blackface as a message of resistance without simultaneously reinscribing the relations one desires to challenge. This image is now out in the public. And so it is important that its antiblackness be called out (much as the antiblackness and sensationalization of Black death in Childish Gambino’s recent video needed to be called out).

However, whether it is justifiable to unearth an image from someone’s youth to indict them in the present, to engage in a “Blacker-than-thou” contest, or even to stand (on its own) as an indicator of the calibre of one’s Black politics, is an entirely different matter. 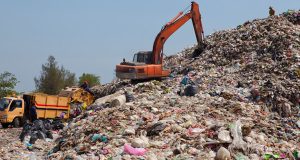 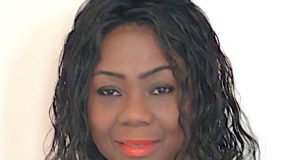 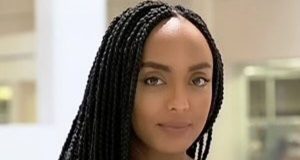 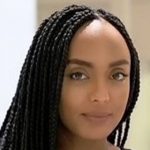 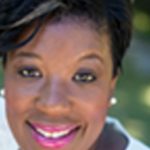