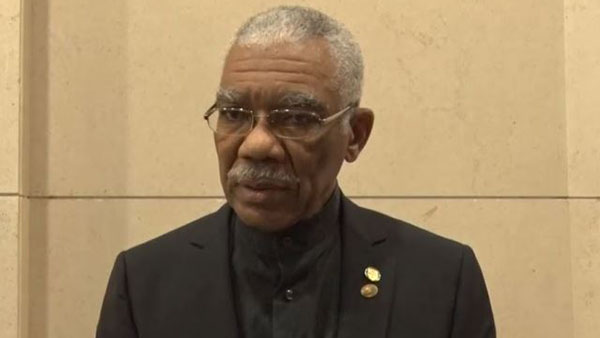 MONTEGO BAY, Jamaica, July 6, 2018 (CMC) – Guyana President, David Granger, says he is dissatisfied with the failure of member states of the Caribbean Community (CARICOM), to implement decisions, which ultimately impact the region’s dependence on extra-regional sources for food and other resources, while preventing the exports of others from the region.

Speaking on the sidelines of the 39th Meeting of the Conference of Heads of Government of CARICOM here, today, Granger said, “I am very disturbed that, after such a long time, the Caribbean is not producing much more of the food it consumes on a daily basis. Honey is one of them, yes, but there are other products.

In addition, Granger said CARICOM, as a regional body, and the 19-year-old Caribbean Single Market and Economy (CSME) are good for the region, but there needs to be less bureaucracy and more willingness to implement decisions taken.

“The point I’m trying to make is that the decisions that we took are correct. The rules and the procedures, we have established over the last 45 years, are correct, particularly over the last 19 years or so, that CSME has come in. It’s a question of bureaucratic will to implement those decisions. I don’t believe anything is wrong with the decisions,” he said.

The 39th Meeting of the Conference of Heads of Government of CARICOM is scheduled to end today.