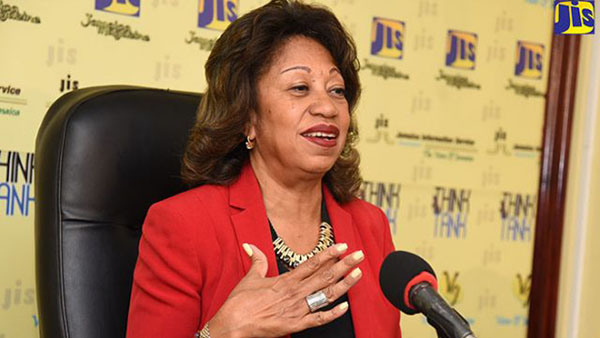 SAN FRANSISCO, United States of America July 8, 2018 — The city of Kingston, Jamaica, was named the Nearshore City of the Year for its performance in business process outsourcing (BPO).

The city received the accolade at the June 26 Nexus Illuminate Awards, hosted by Nearshore Americas in San Francisco, United States, to recognise the leading outsourcing companies and countries in the Caribbean and Latin America for their innovation and excellent performance.

Kingston has also seen more than US$22 million in investment, over the last 12 months, on new construction and refurbishing of existing properties, to meet the demands of the growing industry.

These developments have propelled Kingston to becoming the fastest-growing city in the Caribbean for outsourcing.

“This is a huge accolade for the city and a tribute to some of the top names in BPO, who have made their home in Kingston,” Edwards explained.

She noted that the city is on a growth trajectory, with more investments and jobs in outsourcing on the horizon.

“Our future in outsourcing is pretty bright. We are embarking on a huge up-skilling program for our young people in the skills that are necessary; not just customer service and technology support but all types of digitally-based services, such as healthcare, accounting, finance, legal, as there are a range of services in the outsourcing arena that we have not touched,” she pointed out.

JAMPRO is currently promoting Jamaica as a destination for outsourcing investments, through partnerships with local and international organisations, international BPO conferences and targeted inward missions.

“We have been marketing Jamaica as an outsourcing centre for the past eight years, and we have been successful in building the whole outsourcing value-proposition for Jamaica,” she noted.

“We have built up the skill sets of Jamaicans, because that is what investors are buying here… . They want the skills of Jamaicans, the ability to speak, articulate in English and to relate to American customers… so we have been marketing Jamaica as the near-shore location in the Caribbean, and it has paid off,” she added.

Edwards added that she is “very excited that it is Kingston that has won this award, because a lot of companies love Montego Bay… but they are now seeing that Kingston is a serious city of business”.