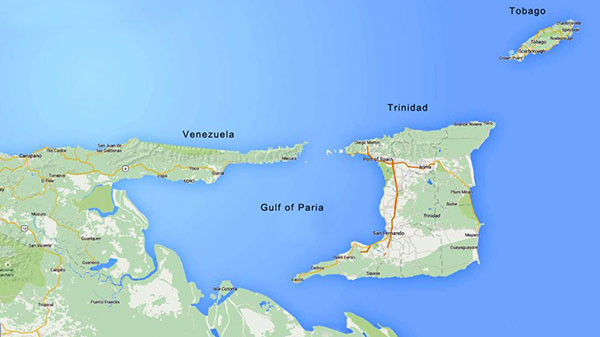 PORT OF SPAIN, Trinidad and Tobago, July 8, 2018 (CMC) – The Ministry of Energy is seeking overseas help, as an oil well that ruptured in the Gulf of Paria continues to spew oil and gas.

The Ministry says since the incident that occurred, last Thursday, near the Couva oil platform, the well has been shooting extensive hydrocarbons in the Gulf, posing serious risk to marine operators.

Following the blowout, the Ministry of Energy reportedly requested help from the state-owned refinery, Petrotrin, to cap the well.

However Petrotrin responded, stating that the company did not have the technology to cap the well.

Meanwhile, Secretary of Fishermen and Friends of the Sea, Gary Aboud, has called on mariners to steer clear of the site as it is volatile and highly flammable.

It is believed that the oil spill was triggered by a recent earthquake that caused the head of the well to pop, spewing the emissions, up from the surface of the seabed, about 40 feet below.