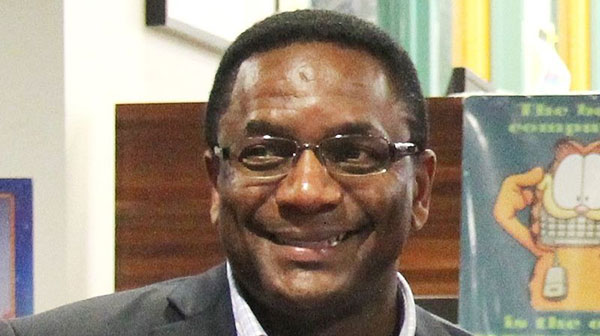 They Are Coming For Michael Thompson, Toronto’s Only Black City Councillor

As most of us know, to be the only or one of a few blacks working in any profession in Canada is to adopt one or all of these three personality types, depending on the situation: the docile, insufferable suck-up, who’s always willing to kowtow at the pleasure of the mostly-white staff and management to get ahead; the pragmatic — I’m-here-to-make-a-living-and-nothing-else type — the majority; or the Black activist, easily combustible type, who sometimes doth protest too much – of which some of us have been so accused.

The workplace generally is a veritable pressure cooker of opportunities and challenges. For us black folk, the trepidation is more acute, knowing that we are the last to get hired and the first to be fired and the potential for career mobility are far less promising.

If you are Michael Thompson, Toronto’s only Black city councilor, working amongst other politicians — ruthless, egoistic, type A personalities — your burden is even more daunting, and you must be a special one. Michael has been a member of Toronto’s city hall, as a council member for Scarborough Centre for 15 years! This is no small achievement considering that no ward in Toronto is predominantly black and that he faces reelection every four years.

He is a powerful city councilor, serving as the Chair of the Toronto Economic and Culture Committee and a former Vice-Chair of the Toronto Police Services Board. By all indications, Michael understands and navigates the maelstrom that is Toronto City Hall politics quite adeptly and seemingly seamlessly. He also has that intangible advantage that is comparable to light skin colorism in the Canadian workplace – his accent matches theirs perfectly.

So why is he the subject of my article today if he is so successful at his job?

Because through lived experience or interest, some of us recognize the drumbeat that is the machination of the white media establishment when they start plotting the plausible justification for a successful Black man’s downfall.

Most institutional, ethnic and political groups in Canada recognize how disunited and weak the African-Canadian socio-political fabric is. They know that if they come after any one of our illustrious members unfairly, there is hardly much we can do about it, unlike say the Italian, Jewish, Chinese or Sikh communities. The media has always been where they reported us for excoriation before having the police called on us became a thing now.

Irrespective of their political affiliation — Toronto Star, The Globe and Mail, as the presumed Left or The National Post and Toronto Sun, as the recognized Right — the Canadian media has historically taken swift pleasure in choreographing the career demise of successful African-Canadians. Ask Carl Masters, Chris Spence and yes, Senator Don Meredith. I have addressed this uneven treatment in a previous article: pridenews.ca/2017/05/03/senator-don-merediths-conduct-not-deserving-malicious-unprecedented-punishment-says-feva-tv-ceo/.

If you Googled Michael Thompson’s media mentions, over the past few months, you will notice a familiar pattern. First, he was accused of excessive spending in his capacity as the Chair of Toronto’s Economic and Culture Committee, a position that requires constant travel and networking with the world’s business leaders.

Just recently, the Toronto’s Integrity Commissioner recommended that Michael be sanctioned for assisting a friend secure what should be a routine zoning approval, even though most politicians do things like that regularly. It is why some street potholes gets paved while others have to wait — politicians play favorites.

This even though the city’s own report confirmed that Michael’s committee brought in $1.4 billion to the city, with only $120,000, in expenses attributable to him as Chair during the period under review. That is an unprecedented return on investment (ROI) in the history of Toronto.

While trying to feign objective reporting, but unable to disguise her racial dog-whistle, Sue-Ann Levy, a writer for the Toronto Sun, described Michael Thompson as “highly self-serving”, leading a “posse”, who pronounces clear as “clar”. We know where she’s going with that one, don’t we?

One can safely assume that as we speak, there are ongoing efforts, by the likes of Sue-Ann Levy to investigate Michael Thompson, to find out if he’s ever, inadvertently, brushed up against the derriere of any woman other than his wife, parties during his frequent trips or collects frequent flyer points – sorry, they’ve investigated the latter already.

The crescendo of attacks on Michael Thompson is mounting and before it culminates in an attempt to force his resignation, public humiliation or electoral defeat, due to the unfair public treatment; I felt it was necessary to alert the public, and especially the impotent African-Canadian population, to the media’s complicity in the give-a-dog-a-bad-name-and-hang-him scheme that is becoming all too common in their treatment of prominent African-Canadians.

We African-Canadians, mostly because of the operant conditioning acquired from living in Canada, subscribe to a certain type of inferiority complex that I refer to as the Expectation of Perfection Syndrome.

Therefore, we have come to accept that we deserve disproportionate treatment or punishment for transgressions that others would be given a pass on or, worst case, receive a slap on the wrist for. It is why we keep drilling into our children the unattainable logic that they must work 10 times as hard as their white counterparts to succeed. It is why today, we are short one black senator in the Canadian senate since the forced resignation of Don Meredith, even though Prime Minister Justin Trudeau has since appointed two individuals to replace him.

If we keep staying quiet and making excuses, we will soon lose our lone councilor at city hall and when this happens, I’m sure that some of us will ask: why did he collect the frequent flyer points?