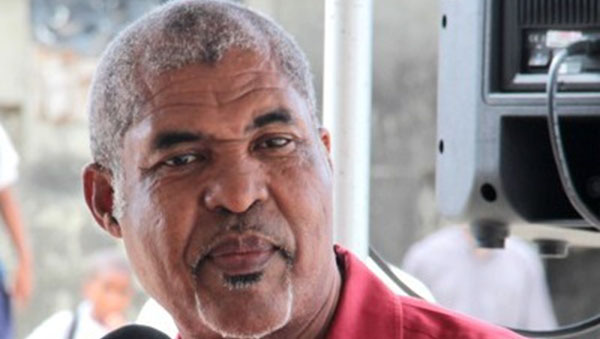 Member of Parliament for North Windward, Montgomery Daniel, made the call.

KINGSTOWN, St. Vincent and the Grenadines, August 2, 2018 (CMC) – Member of Parliament for North Windward, Montgomery Daniel, wants Britain to contribute the EC$18.5 million that it would take, to complete the Joseph Chatoyer National Park and operate it for five years.

The park, which was originally the Rabacca National Park, was renamed, yesterday — Emancipation Day — in honour of the National Hero, a Garifuna chief, who led a revolt against the British colonial government of St. Vincent in 1795.

Daniel said a consultancy done after the park was established in 2007, concluded that it would cost EC$13.5 million to complete.

“But, Prime Minister, I want to seek leave of asking, that you ask the British government to fund the establishment of this national park, together with a five-year operations cost, of some EC$18.5 million,” Daniel, who is the Minister of Housing, Informal Human Settlements, Lands and Surveys and Physical Planning, told the renaming ceremony at Rabacca.

“I do so, Prime Minister, understanding that as part of the reparatory justice for the Garifuna people, that this country seeks from the British those sums of monies for this development. I recall the massacre, the inhumane treatment meted out to the indigenous people of this country, and I think it is just right and proper for the British government to finance this project.

“I believe this is a worthwhile cause, for such compensation will make the wrong right. I make that plea and I make that call,” Daniel added.

Chatoyer, who died on March 14, 1795, is considered a National Hero of not only St. Vincent and the Grenadines, but Belize and Costa Rica as well.

Daniel, a descendant of the Garifuna people – a mix of black and indigenous Vincentians (Caribs) – said he was happy the park was being named in honour of Chatoyer. It is the first place in the country to bear its National Hero’s name.

“There are those who boast of a Royal St. Vincent and the Grenadines Police Force. Tell me: what is royal about a police force? I also ask the question, that there are some who embrace a Her Majesty’s Prison: what is so majestic about the prison that houses inmates?

“I believe it is high time that we shake the shackles off of our minds, and create an environment of our own and to move to a greater height, embracing what is noble and what is just to the future of the existence of our own Caribbean civilization,” the MP said.

He described Wednesday as “another great day for Vincentians”.

“Today adds another page to our historic archives for what we will reveal today — a native, a son of the soil is being honoured for his great contribution.”

Daniel noted that in March 2002, the Unity Labour Party government of Prime Minster, Dr. Ralph Gonsalves, officially recognized the great role that was played by Chatoyer, and declared March 14 National Heroes’ Day and Chatoyer as the nation’s first National Hero.

Daniel said that in 2007, when the Rabacca Bridge was opened to the public, the Prime Minister announced that the area would be designated a national park.

“And so, today, we are here to honour that commitment that he made in 2007,” he said, adding that since the announcement, work on the national park has been on-going.

The Minister said that a consultancy was completed in 2009 with various components, and the site of the rally will be left open for national activities, such as the one held there Wednesday.

The area, which the Roads, Building and General Services Authority (BRAGSA) now occupies, will house a replica of the Botanical Gardens in Kingstown. BRAGSA, a state agency responsible for construction, road maintenance, etc., will have to be relocated from the north-western side of the area “to make sure that we have what is required for the national park, for the botanical gardens that will be placed there”, Daniel explained.

He said the park will also have footpaths, with a statue of Chatoyer “and other distinguished individuals, who…have made their contribution over time”.

A playground for children will also be set up in that area.

“So that when you come to the national park, you can come to be entertained and also you can bet your bottom dollar, that your children will be taken care of,” Daniel added.

On the north-eastern side of the park, there are a number of squatters in an area called Drip, and Daniel said people squatting on that side would have to be removed.

“That area is designated as one that will replicate what is at Owia, where you can go, as locals, and you can do your goat cook, you can have your fireside, you can roast your breadfruit…”

Three shops will also be placed in that area. Just westward of a shop that is in the area, has been identified for extended parking and a playing field.

Daniel said he met recently with the families and individuals to let them know about the planned transformation.

He said that, soon, through the Ministry of Housing, Informal Human Settlement, Physical Planning, legal instructions would be issued for the removal of the squatters in the area.

When the consultancy was done in 2009, data showed that nine structures and three families were in the area.

“But despite my own plea and several pleas, and despite several notices from the physical planning department, a number of individuals…have gone in and squatted, hoping that if lands are given, that they would get lands. Well, I want to say to you that I can only do my best in a plea at the Cabinet level. If the Cabinet so approves, so be it. I want to say to you, the Cabinet decision is final,” he said.

Daniel was optimistic about the future of the park, saying the area was already “beginning to look very scenic”.

“I know that Rabacca over the years…has attracted many Vincentians, and tourists as well, to come here. But I believe with the national park, we will have more and more people coming here.

“So, today, I am happy. I believe the nation of St. Vincent and the Grenadines is happy…for this historic moment. They are happy for the further honouring of our first National Hero, Joseph Chatoyer, in declaring this park, Joseph Chatoyer Park.