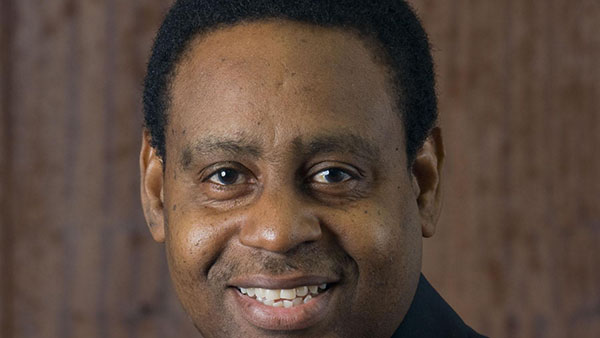 Cleviston Haynes, the Governor of the Central Bank of Barbados.

BRIDGETOWN, Barbados, August 3, 2018 (CMC) – The Governor of the Central Bank of Barbados, Cleviston Haynes, reported, yesterday, that the economy contracted by 0.6 percent for the first half of this year, but said actions by the new government could turn things around.

Haynes said the actions being taken by the Mia Mottley-led administration, which came to power in May, including a home-grown recovery and growth plan, International Monetary Fund (IMF) assistance and debt restructuring, have the potential to bring fundamental improvements.

Presenting his economic review for the first half of the year, the Central Bank Governor said there was economic decline, despite an increase in tourist arrivals.

“Economic activity in Barbados is provisionally estimated to have contracted by 0.6 percent during the first six months of 2018. Tourist arrivals for the first half of the year increased by an estimated 3.4 percent, but the expansion was not sufficient to off-set a weakening of length-of-stay on real tourism output,” he reported.

“Visitors from the North American region continued a fourth year of strong growth, with long-stay arrivals from the United States and Canada increasing by 8.9 percent and three percent, respectively, while the number of United Kingdom tourists grew by 3.6 percent. Cruise visitors declined, following a reduction in ship calls, for the six months ending June 2018.”

The economy also suffered from a weakening in construction activity, which fell by four percent.

There was a slight increase in domestic inflation from 4.5 percent to 4.9 percent.

However, there was good news with a BDS$33 million increase in international reserves. This is the first increase for the comparable period since 2008.

As the country prepares to embark on a major fiscal consolidation and structural reform program, Haynes is optimistic that it will permit a gradual restoration of the international reserves buffer, in excess of the 12-week bench mark, thereby restoring confidence and creating an environment that encourages domestic and foreign investment.

Following the May general election, the new administration approached the IMF for endorsement of its home grown economic recovery and transformation plan, and for balance of payments support, to restore the buffer of international reserves to adequate levels.

Discussions between the government of Barbados and the IMF have already commenced, on the elements of the program that would support the disbursement of funds.

The government also announced the suspension of payments on external commercial debt obligations, and indicated its intention to pursue a comprehensive restructuring of its domestic and external debt.

“This initiative is expected to complement the broader efforts of fiscal consolidation and facilitate a return to fiscal and debt sustainability. Preliminary discussions with external and domestic creditors have commenced and will intensify over the coming months,” Haynes said.

As a first phase of economic reforms, the government introduced a suite of budgetary measures that are intended to alter the incidence of taxation and provide earmarked funding for some state-owned enterprises.

Haynes said these entities will ultimately need to exhibit greater efficiency, as they transition to functioning independently of the government. In addition, the increase in domestic taxation was partly targeted at strengthening the social safety net and enabling urgently-needed infrastructural spending.

Given implementation lags, the Central Bank Governor said the lull impact on fiscal performance will be felt during the 2019-2020 financial year.

“These initiatives, combined with further structural reforms, have the potential to restore stability, engender investor confidence, create the framework for durable growth, over the medium-term, and enhance resilience to economic and environmental shocks,” he said.

According to the Central Bank Governor, the Barbados economy remains vulnerable to external oil price shocks, and no significant improvement, in growth for 2018, is anticipated.

The forecast is for a decline in economic activity of 0.5 percent.